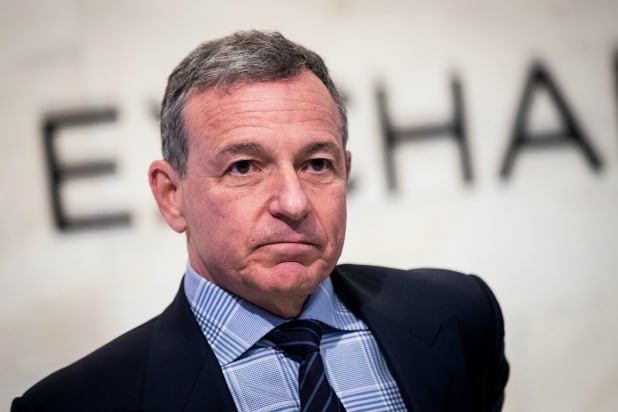 Less than two months after stepping down as CEO, Bob Iger has reasserted control at Disney as the company navigates the impact caused by the ongoing coronavirus pandemic, according to a New York Times report published Sunday.

In an email to Times reporter Ben Smith, Iger explained, “a crisis of this magnitude, and its impact on Disney, would necessarily result in my actively helping Bob [Chapek] and the company contend with it, particularly since I ran the company for 15 years!”

Iger stepped down as CEO on February 25 with parks chairman Bob Chapek named as his successor. Iger retained the title of executive chairman with every intention of passing the baton. But in the weeks following his departure, the coronavirus pandemic forced closures of all of Disney’s theme parks and cruise ships. (Some analysts estimate Disney lost $500 million just from closing its parks through March alone).

With theaters also closed because of the coronavirus, Disney was forced to push back its entire theatrical slate until after the most profitable summer blockbuster season. And its TV division, which includes ABC and ESPN, took a massive hit as productions shut down and sporting events were canceled. (The one asset that has weathered the crisis has been direct-to-consumer streaming service Disney+, which Iger shepherded through in 2019 and as of last week boasted 50 million subscribers).

Then there’s the impact on the workers, or cast members, as Disney refers to them. On Saturday, Walt Disney World in Florida announced 43,000 employees would be furloughed beginning April 19. They join the estimated 30,000 employees furloughed at Disneyland in California, and an unspecified number of employees working in cruise, production and corporate roles. (Iger will forgo a salary during the pandemic.)