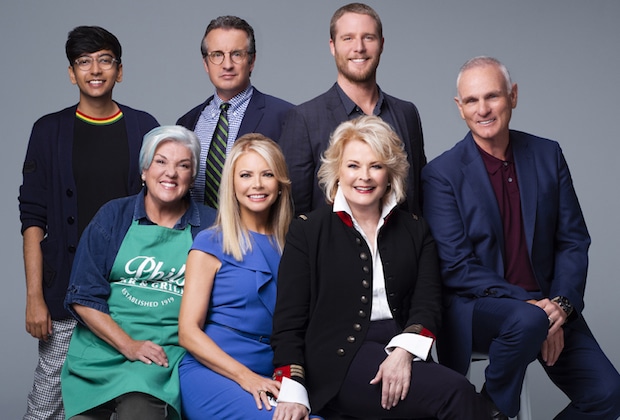 The revival of Murphy Brown will be ripped from the headlines — in more ways than one.

Creator Diane English told reporters Sunday that the revival of the newsroom sitcom will address the #MeToo movement, while star Candice Bergen is bracing for President Trump’s response to the show.

“I just want to say on behalf of everybody on our show, we take the allegations of sexual conduct extremely seriously — so seriously that we actually developed an episode about the #MeToo movement many months ago,” said English, who was joined on the dais Sunday by cast members including Bergen and Faith Ford. “That will be our fourth episode. We support the investigation fully [into Moonves]. None of us had a negative experience like that at CBS. We never experienced any kind of sexual misconduct. No one on my crew has.”

She said the title of the episode is “#MurphyToo.” English didn’t want to spoil the plot but said, “I can tell you that in the writers’ room we have a great collection of people, men and women, gay and straight, who developed this episode. We came at it from so many different angles. It’s such a complicated issue. I don’t think there is a woman out here who hasn’t had some experience with misogyny or misconduct. It’s a powerful moment and we wanted to do it justice.”

Bergen meanwhile was asked after the panel about the show’s relevance at a time when the president is attacking the press.

“The news now, thanks to our president, is in constant turmoil,” she said. “I think it will be reassuring to see Murphy sticking up for the press and sticking up to the president.”

Asked what she thought when Trump called the media the “enemy of the people,” the actress replied, “I just thought: ‘We’re screwed.’”

Bergen added that she’s preparing for the possibility that the president might slam her show. “I don’t know what the reaction will be, and I’m trying to brace myself,” she said.

The show returns with Bergen’s character creating a morning show with her former FYI colleagues played by Ford, Joe Regalbuto, and Grant Shaud. Her son, Avery (Jake McDorman), works for a conservative news network called Wolf, but he plays a liberal talking head.

“The first script is so fearless and so ambitious,” Bergen told reporters. “This show has no fear. We really stick our heads in the lion’s mouth.”

Surprising Facts about Burt Reynolds from Smokey and The Bandit