Miss America Pageant, Once a TV Staple, Now Will Stream Only 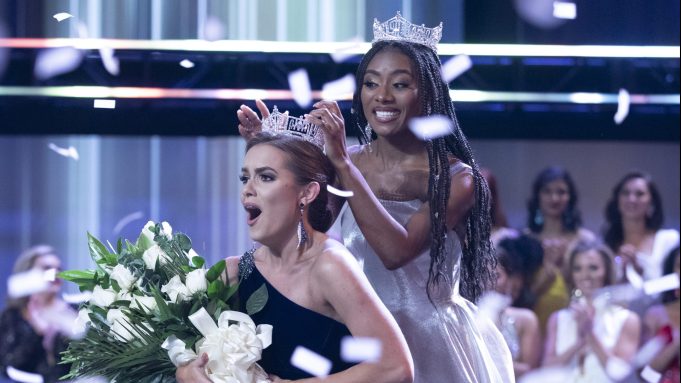 When the Miss America Pageant returns this year for its 100th anniversary after being scuttled by the coronavirus pandemic in 2020, it won’t air on a traditional television network — the latest indication how TV culture is radically changing in the face of broadband technology that gives entertainment seekers whatever they want at the push of a button.

Organizers have planned a five-day event that starts on Dec. 12 and will follow 51 candidates representing all 50 U.S. states and Washington, D.C., as they compete for scholarships. A finale, set to stream on NBCUniversal’s Peacock on Dec. 16 from the Mohegan Sun Arena, with feature a pre-show at 7 p.m. ET followed by a live competition show at 8. For the first time in the pageant’s history, viewers will be able to watch the program live no matter the time zone in which they live.

“The Miss America Organization is thrilled to partner with Peacock for our Centennial competition,” said Shantel Krebs, interim president and CEO of the Miss America Organization, in a prepared statement. “We look forward to entering the streaming world with Peacock this year to help introduce our 51 outstanding individuals to a younger, broader audience and showcase their unique personal stories, while building role models and community leaders of tomorrow, today.”

The pageant has been a staple of American life since 1921, but it has faced some turmoil in the recent past, and one expert suggested the new streaming format could represent a bid to vie for attention with modern-day reality-show spectacles like “American Idol” and “The Bachelor,” which U.S. TV viewers see more regularly. “Miss America used to have a lane out there as this girl plucked from obscurity,” says Amy Argetsinger, a Washington Post journalist who is the author of “There She Was: The Secret History of Miss America.” Now, she adds, such storylines are a regular part of many reality-TV offerings. As a result, “the celebrity space has gotten a lot more crowded.”

The absence of Miss America from the nation’s traditional airwaves is seismic, she argues. In a different time, the Miss America pageant was one of TV’s biggest events, something akin to the Oscars or the Super Bowl. For years, viewers watched host Bert Parks crown a champion and croon the event’s theme song, with the lyrics: “There she is, Miss America / There she is, your ideal.”  And while those hallmarks may not bear much relevance for modern audiences, “for it not to be on TV — that’s a big deal,” says Argetsinger.

But just as viewership for many TV staples has declined in an era when people are streaming programming at times of their own choosing, so too has the TV audience for the pageant dwindled. In 2019, the event garnered 3.6 million total viewers, a 16% drop from the 4.3 million who watched it the previous year.

Organizers believe the event’s future is in streaming, according to a person familiar with executives’ thinking. The contestants are all between the ages of 18 and 26 — a generation that spends considerably more time with digital devices.

Miss America Pageant, Once a TV Staple, Now Will Stream Only