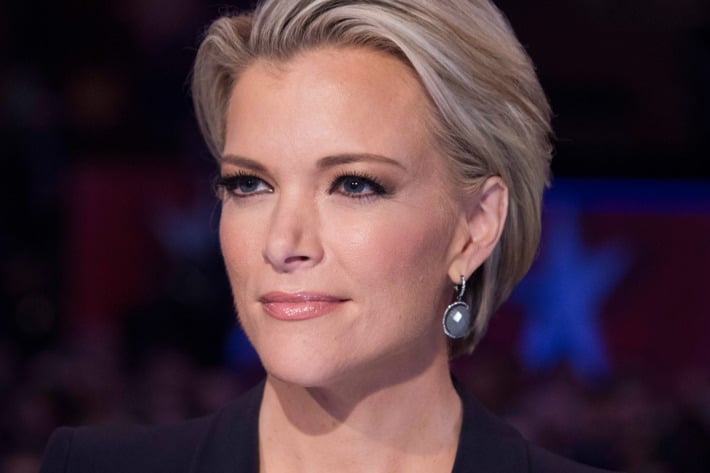 Just a few days after her NBC show echoed President Donald Trump in wondering whether the #MeToo movement has gone “too far,” Megyn Kelly spent Monday morning essentially attacking the Miss America Organization for doing away with its traditional swimsuit competition.

Quoting a new report from The Wall Street Journal, Kelly noted that “22 state pageant leaders are seeking to oust Chairwoman Gretchen Carlson over concerns about the pageant’s new direction.” Carlson just happens to be her former colleague at Fox News. Both women left the network after accusing the late Roger Ailes of sexual harassment. “We’ll see whether the leadership, Gretchen, and this other woman, survive this,” Kelly said.

As one of her panelists, Zerlina Maxwell, argued against beauty pageants in general and the swimsuit competition specifically, Kelly asked her, “What’s wrong with showing women in bikinis?”

“Then go be a model,” Maxwell told potential contestants. “Beauty pageants are antiquated. Women are people. They should be valued for what’s inside their brains, not whether or not they have abs.” That line prompted an “Oh, come on,” from Kelly. When Maxwell said no woman’s obituary is going to talk about her “great abs,” Kelly joked, “I hope mine does!”

“What’s wrong with the bathing suits?” Kelly asked again. “They look amazing, they worked hard for it, they’re fit. I find it inspirational to see a really fit woman.” In response to the critique that the swimsuit competition “objectifies” women, Kelly replied, “Is it objectification if the woman wants it?” If women don’t want to be judged “based on their looks,” she said no one is forcing them to compete in the Miss America pageant.

Then came the kicker: “The reality is, no one is going to want to watch the pageant,” Kelly said, if the women get to choose what they wear. “If you’re looking for the smartest woman in America, you should be at MIT, you shouldn’t be at Miss America, with all due respect.” She added, “The people watch for the bathing suit competition, among the other pieces of it, but not to get a dissertation on whatever it is they are going to be talking about.”