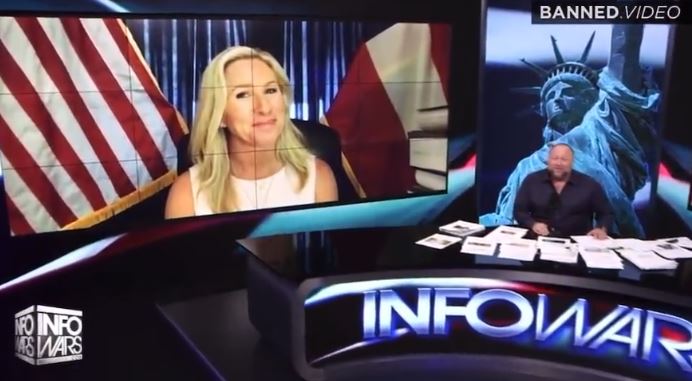 Jones introduced Greene, saying, “MTG, who I hope becomes president one day, hell she’d probably be better than Trump, coming up in 2024.”

Jones continued, “Can we get you to run for president in the next few years? Because I think, I think you are one of the few people who would have a better voting record and a better chance of winning than even Trump.”

“Or maybe a Greene-DeSantis ticket?” Jones asked, name-checking the Republican Governor of Florida who is thought to be at odds with former President Donald Trump over a potential 2024 presidential run.

Greene responded, “I don’t know what is going to happen, I am a very strong supporter of President Trump.”

“But in the future, we’ll definitely see what happens, we’ll see what the people think about something like that,” she added, hinting at the prospect of a future run.

Jones, known for spreading conspiracy theories is a major figure on the far-right, has broken with Trump in recent months – after the former president began touting the Covid-19 vaccines.