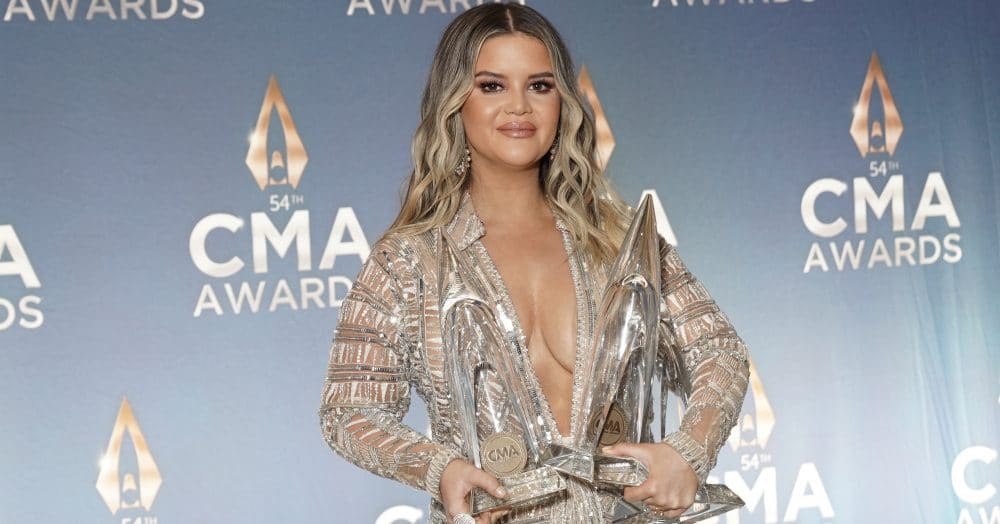 Maren Morris won a leading three awards at Wednesday’s 2020 CMA Awards, bringing home three, for single of the year, song of the year and female vocalist of the year. It was the first win in any of those categories for Morris, whose song “The Bones” was a smash in both the pop and country fields during the past year.

Eric Church won only one award, but it was the big one: entertainer of the year, generally considered the Country Music Association’s top prize. He had been nominated for the award three times before, including last year, when Garth Brooks got it, but this was Church’s first time accepting the win.

“If there was ever a year not to win this award,” Church said at the top of his climactic acceptance speech. Church explained that this year had mostly been “about loss — loss of life, loss of freedom, loss of kids being in school.” But, he added, in a rouse-the-troops speech, “It’s gonna be music that brings us out of this… That is the one thing that is gonna save the entire world.” He added, “Politics are about division; music is about unity.”

Morris had three trips to the podium, and in her final turn, winning for female artist, she said, “I’m really gonna try not to curse. Sorry, Robert (Deaton, the show’s executive producer), if I do.” She then turned serious in citing a list of Black country or Americana singers that she wanted “to give recognition to, because I’m a fan of their music and the’yre as country as it gets: Linda Martell, Yola, Mickey Guyton, Rissi Palmer, Brittney Spencer, Rhiannon Giddens. … You’ve made this genre so so beautiful. I want you to know we see you.” In closing, Morris, the mother of an 8-month-old, said, “It’s been the most magical night. I get to go see my baby after this.

Luke Combs, who had also been considered a strong contender for entertainer of the year, was the only other multiple winner besides Morris. He took two honors, male vocalist of the year and album of the year, for “What You See Is What You Get.” Combs recently ascended back to the top of the album chart with a deluxe re-release of that collection, released a year after the original set.

Other winners accepting their prizes in person at Nashville’s Music City Center were Morgan Wallen, for best new artist, and Old Dominion as vocal group of the year. Dan + Shay accepted their vocal duo of the year award remotely from the stage of the Hollywood Bowl, where they had filmed a performance of “10,000 Hours” with duet partner Justin Bieber.