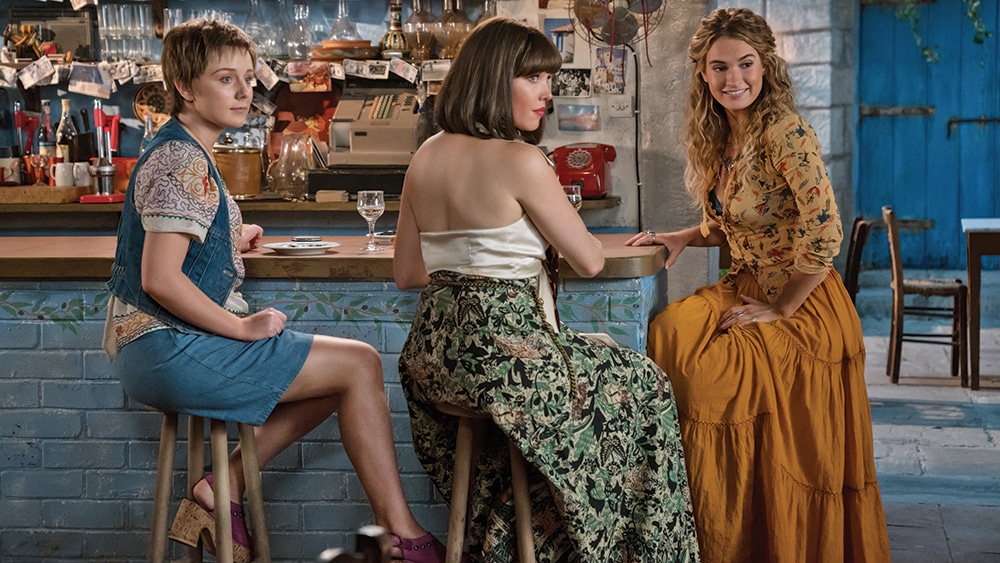 Universal’s “Mamma Mia! Here We Go Again” and Sony’s “The Equalizer 2” are both on their way to overshooting box office forecasts, with an estimated $39 million and $33.21 million, respectively.

The original “Mamma Mia!” — based on the long-running London stage musical about Abba songs — opened with $27 million on the same weekend a decade ago and finished with $145 million domestically and $615 million worldwide on a $52 million budget.

The sequel film — which is also a prequel, telling the story of how Meryl Streep’s Donna met the three men Amanda Seyfried’s Sophie invited to her wedding in the 2008 film — stars most of the original cast, including Amanda Seyfried, Meryl Streep, Pierce Brosnan, Stellan Skarsgard, Colin Firth, Christine Baranski, Julie Walters, and Dominic Cooper. Cher and Lily James joined the cast as Sophie’s grandmother and Donna’s younger self, respectively. Ol Parker directed from his own script.

“Here We Go Again” opened in 41 markets this weekend including major markets U.K. & Ireland, Germany, Australia, Sweden, and Spain. The film opened at No. 1 in 24 markets and grossed $20.7 million through Friday. Critics have commended “Here We Go Again,” which is sitting at a 78% certified fresh score on Rotten Tomatoes.

Denzel Washingon’s “The Equalizer 2” brought in $13.5 million on Friday, including $3.1 million from Thursday showings. Washington reprises his role as retired CIA agent Robert McCall in the first sequel of Washington’s career. Antoine Fuqua returned to direct with Pedro Pascal, Ashton Sanders, Melissa Leo, and Bill Pullman co-starring. McCall sets out to avenge the murder of Leo’s character as he masterfully fends off an array of assassins.

The first “Equalizer” launched in 2014 with $35 million and went on to generate $192 million worldwide, including $101 million in North America.

Sony’s “Hotel Transylvania 3: Summer Vacation” should finish its second weekend in third place with $21.775 million from 4,267 locations. The animated threequel has earned $74 million domestically in its first seven days and another $53 million internationally.

“Ant-Man and the Wasp” should pick up another $15 million this weekend to bring its cume to $167 million domestically and slot into fourth place. The Disney-Marvel film has earned another $150 million overseas for a current global tally of $303 million.

Fifth place will come down to a race between “Incredibles 2” and Dwayne Johnson’s “Skyscraper,” which are both headed for about $10 million each. “Incredibles 2,” now in its sixth weekend, is still pulling in respectable numbers for Disney-Pixar, while Universal’s “Skyscraper” disappointed in its debut last weekend with just $24.9 million. So far, “Incredibles 2” has been a box office smash, earning $548 million domestically and another $322 million overseas for a global earnings of $871 million.

‘Three Identical Strangers’ Doc to Be Adapted Into Feature Film