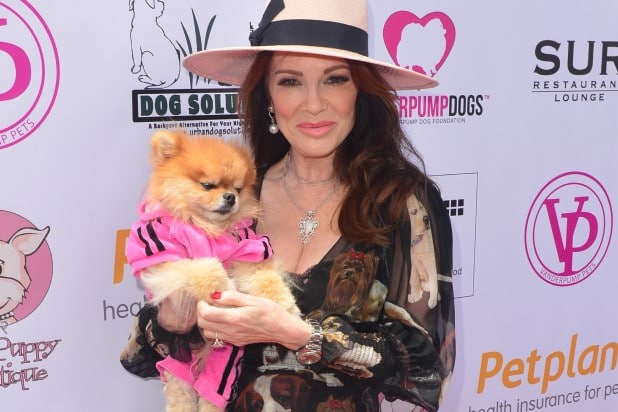 Lisa Vanderpump’s love of animals will be highlighted in a new “Vanderpump Dogs” series on Peacock, NBC’s streaming service that launched this week.

The reality TV star and animal rights activist — an original cast member of “The Real Housewives of Beverly Hills” — seemingly confirmed the announcement, tweeting Friday “Well good morning …I’ve known about this for months lol… Thought it was supposed to be secret, but apparently it’s announced!”

The show will ostensibly be about Vanderpump Dogs, the name of Vanderpump’s foundation whose mission is to work “on both domestic and international fronts to help create a better world for dogs.” The foundation was featured heavily on “The Real Housewives,” particularly Vanderpump’s efforts to end the dog meat trade in Asia and at the annual Yulin Dog Meat Festival in China.

Vanderpump Dogs is also the name of the center located in Los Angeles that provides rescue and adoption services, which Vanderpump said the show will “shine a positive light on.”

The rescue center served as the backdrop for the ninth season of “The Real Housewives of Beverly Hills,” when cast member Dorit Kemsley adopted a dog named Lucy Lucy Apple Juice from the center. After the dog bit her children, she found a new owner for Lucy, who later brought the dog to a kill shelter. Because the dog was microchipped, Vanderpump and her staff learned what had transpired. She was accused of relaying the story to a gossip publication, and the resulting fallout was dubbed “Puppygate.”

Vanderpump stopped filming with her castmates following “Puppygate” and decided not to return to the show for its 10th season, which is currently airing.