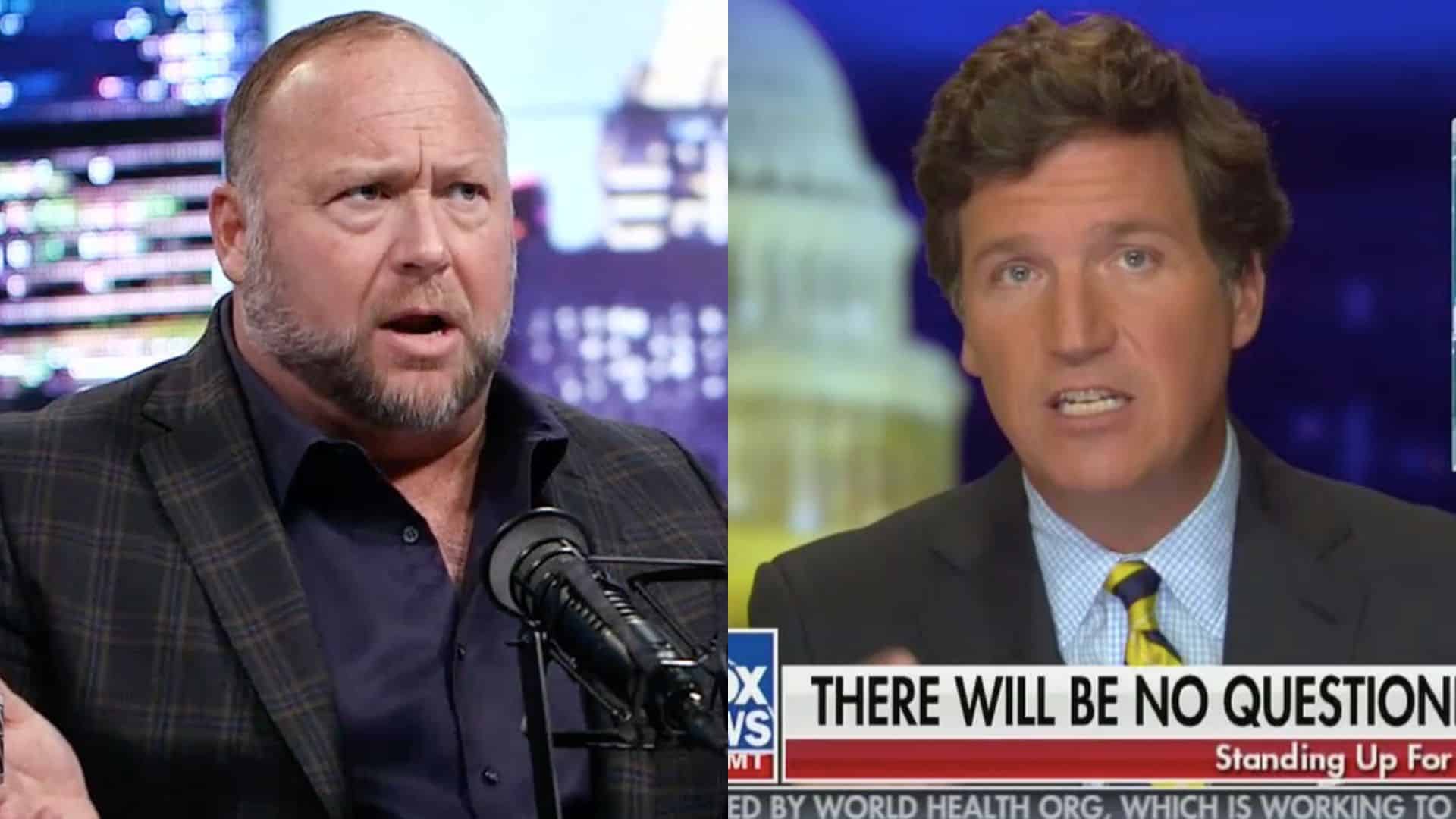 Leaked texts between Tucker Carlson and Alex Jones reveal a cozy relationship between the notorious conspiracy theorist and the top-rated host on cable news.

In Jan. 2020, Jones shared an Infowars story claiming Democrats have a plan to confiscate guns in America. “Listen in their own words as the leftists vow to make you a disarmed slave,” the piece said. “It is their wet dream that they make you a victim.”

The texts were obtained by HuffPost reporter Sebastian Murdoch via Texas lawyer Mark Bankston, who was mistakenly sent an entire digital copy of Jones’ phone by the Infowars chief’s own lawyers (whoops) during the Sandy Hook defamation trial. (In that trial and one other, Jones was found to have defamed the Sandy Hook families when he repeatedly claimed their children had faked the massacre, and was ordered to pay more than $1.4 billion.)

The conversations show a drastic and confounding evolution in both of their views on the Covid pandemic during its early months. At first, as Covid tore through China and began taking its deadly toll on the United States, Carlson took the virus seriously. He famously traveled to Mar-a-Lago to urge then-President Donald Trump to take it seriously. On air, he warned that people will get sick and die from the virus.

Infowars took the same stance, commending Carlson in an article for “saving America” with his appeal to the president.

Texts from the time reflect their alarm. Jones texted Carlson a link to the Infowars article.

In the months that followed, both Carlson and Jones shifted their positions on the pandemic. The Infowars story commending Carlson for taking it seriously was deleted from the site, according to HuffPost, and Alex Jones began selling fake cures for the virus.

Carlson descended further into conspiracy theories and outright falsehoods about the virus on his prime-time Fox News show. When safe and effective vaccines were introduced and started to help the world get the virus under control, Carlson bizarrely cast them as ineffective and even deadly.