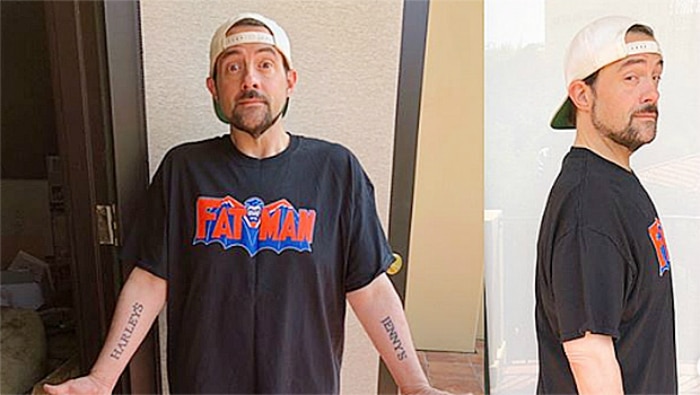 Kevin Smith, 48, had a signature look for many years, but now, he’s barely recognizable!

The star turned to Weight Watchers for help after nearly dying from a heart attack in early 2018. The results have been spectacular! See his new look below! He wrote on Instagram, “This @weightwatchers Ambassador is thrilled to announce that I’VE LOST 51 POUNDS! Six months ago from right now, I was in the hospital recovering from a heart attack I’d had the night before. When I went to my Doctor a week later, she told me “The best thing you can do for yourself now is to lose 50 pounds.” Half a year later, I can report that I followed Doctor’s orders: I started at 256 and now I weigh 205. This is the lightest I’ve been since high school!”

Kevin continued, “My hope now is I can slowly lose another 10 with #weightwatchers and get down to my birth weight of 195! But for now, I’m ecstatic to have reached this chunky milestone! I wanna thank #pennjillette for his book #presto, @raycronise for getting me started with his potato famine, and the good folks at #weightwatchers for their app-based program that made it easy to keep track of and control my eating! And I also wanna thank my kid @harleyquinnsmith – the little vegan astronaut who explored this meatless/milkless galaxy ahead of me, leading by example. Since I never wanted to see the inside of a hospital ever again, I simply copied the Kid. So this wasn’t a diet: these results came from a total lifestyle change of eating solely plant-based foods (which is tough because I hate vegetables). But mostly, I wanna thank all of you as well – for the kind and encouraging words along the way. Never underestimate the power of positive feedback: you folks telling me I looked better or healthier helped me stick with it. An encouraging word can really make a difference in someone’s life and your compliments kept me going! And just look where I went!” 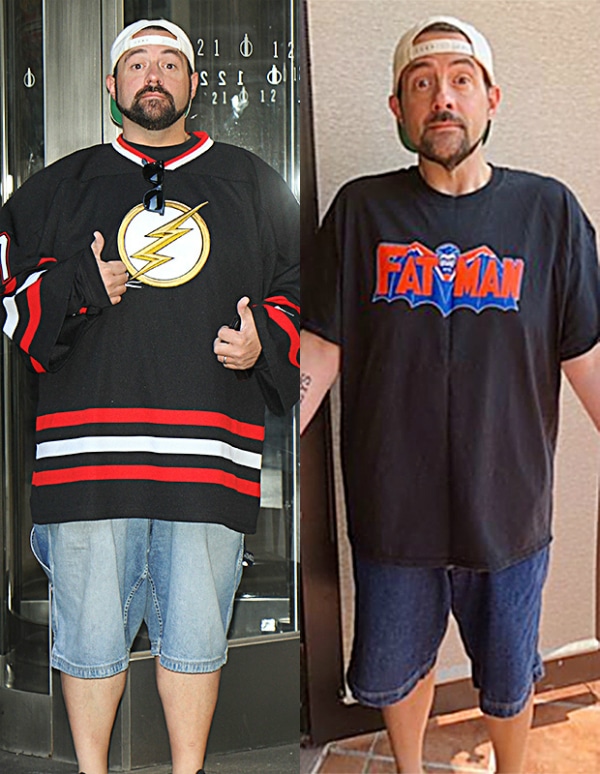 I’ve actually followed the Weight Watchers plan for many years, and he is right, it isn’t a diet. It’s a lifestyle plan that allows you to eat and drink whatever you want, but encourages you to eat more fruits, vegetables, and lean protein. All foods have point values and healthy options like chicken breast, eggs, nonfat greek yogurt, most vegetables, and fruit have ZERO points. A glass of wine has 4 points, and a full size Snickers bar has 12 points.