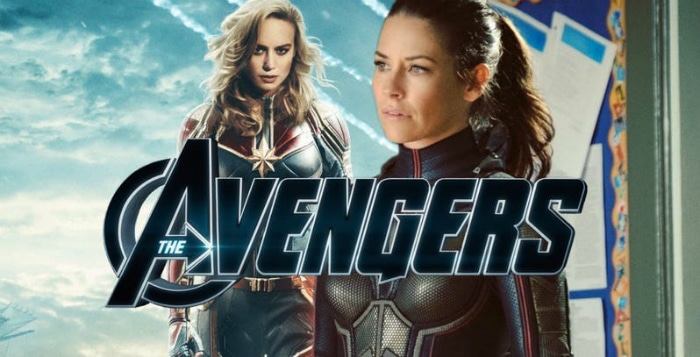 Marvel Studios president, Kevin Feige has said there will be more female superheroes in the Marvel Cinematic Universe in the future – possibly outweighing male heroes.

Rumors are circulating about a possible film starring an all-female MCU hero cast, with actresses including Tessa Thompson, Brie Larson, and Scarlett Johansson all apparently pitching the idea to Feige, so Screenrant asked the Marvel boss if there was any truth to it.

The MCU has routinely added more female characters to the films over the years, with Black Panther featuring dozens of women, prominently adding Okoye, Nakia, and Shuri. Female characters are together onscreen more than ever too – an Avengers: Infinity War battle scene in Wakanda featured Black Widow, Okoye, and Scarlet Witch defeating Proxima Midnight.

The upcoming Ant Man & the Wasp features equal male and female lead roles, and Captain Marvel’s release in 2019 will be MCU’s first female-led superhero movie. A Black Widow standalone film is also reportedly in the works, with possible directors coming to the surface.

The MCU has traditionally had something of a gender bias, but that’s changing little by little. There’s been recent buzz about a possible A-Force movie – a film that would star all the female heroes of the MCU teaming up together against cosmic threats. Marvel stars such as Tessa Thompson, Brie Larson, and Scarlett Johansson have all pitched the idea to Kevin Feige. Thompson, for her part, walked away believing Marvel is “interested” in the concept, though not much has happened on that front since the initial reports.

Speaking to Kevin Feige as part of a press junket for Ant-Man & the Wasp, the folks at Screen Rant took the opportunity to ask if there was any movement on this possible film. Feige deliberately avoided giving anything away, admitting he’s “cagey about anything post Avengers 4.” He then reflected a little on the changing gender balance in the MCU, and where he expects things to go.

“But, as the plan goes forward I think frankly we’ll be … you know, eventually I think we’re going to reach a time where it’s not just … listen, it would be amazing to see all of our female characters the way we have seen … most, never all male, but primarily male. I think we’re getting to the point soon where we have so many great female characters that those are just our heroes as opposed to when are they all female, all male. It’s just the Marvel heroes, more than half of which will be women.”

The last comment from Feige is clearly the most exciting; he envisions a time when people have stopped talking about whether Marvel heroes are male or female, and when at least half – most likely “more than half” – are women.

Jerry Seinfeld Doesn’t Think Roseanne Barr Should Have Been Fired