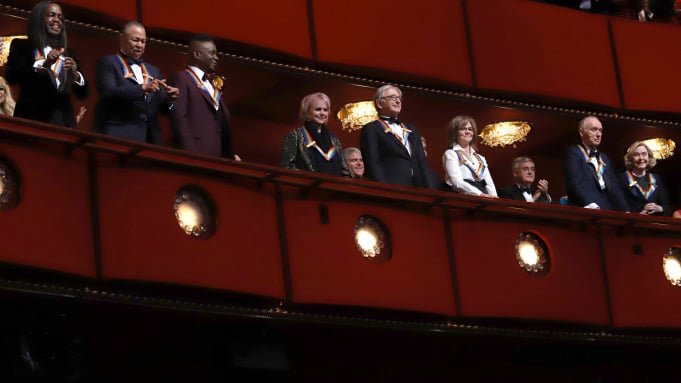 The 43rd annual Kennedy Center Honors, broadcast annually on CBS, and the 23rd Mark Twain Prize for American Humor, on PBS, will be postponed from their usual Fall slots until next spring and summer, the John F. Kennedy Center for the Performing Arts announced today.

The events are among a roster of previously announced performances postponed or canceled today by the Kennedy Center due to the ongoing COVID-19 pandemic and Washington D.C. Mayor Muriel Bowser’s guidelines for re-opening.

The Kennedy Center Honors, usually held in December, will now take place on March 7, 2021, and air at a later date on CBS. The Mark Twain Prize, usually held in October, will be presented on June 20, 2021, prior to a later broadcast on PBS.

In its announcement today, the Kennedy Center said that it’s leadership, programming, and education teams “are exploring digital and, in consultation with health and safety experts, physical methods of enacting the mission of the nation’s cultural center and engaging with artists and audiences as our country and region moves through phased reopening.”