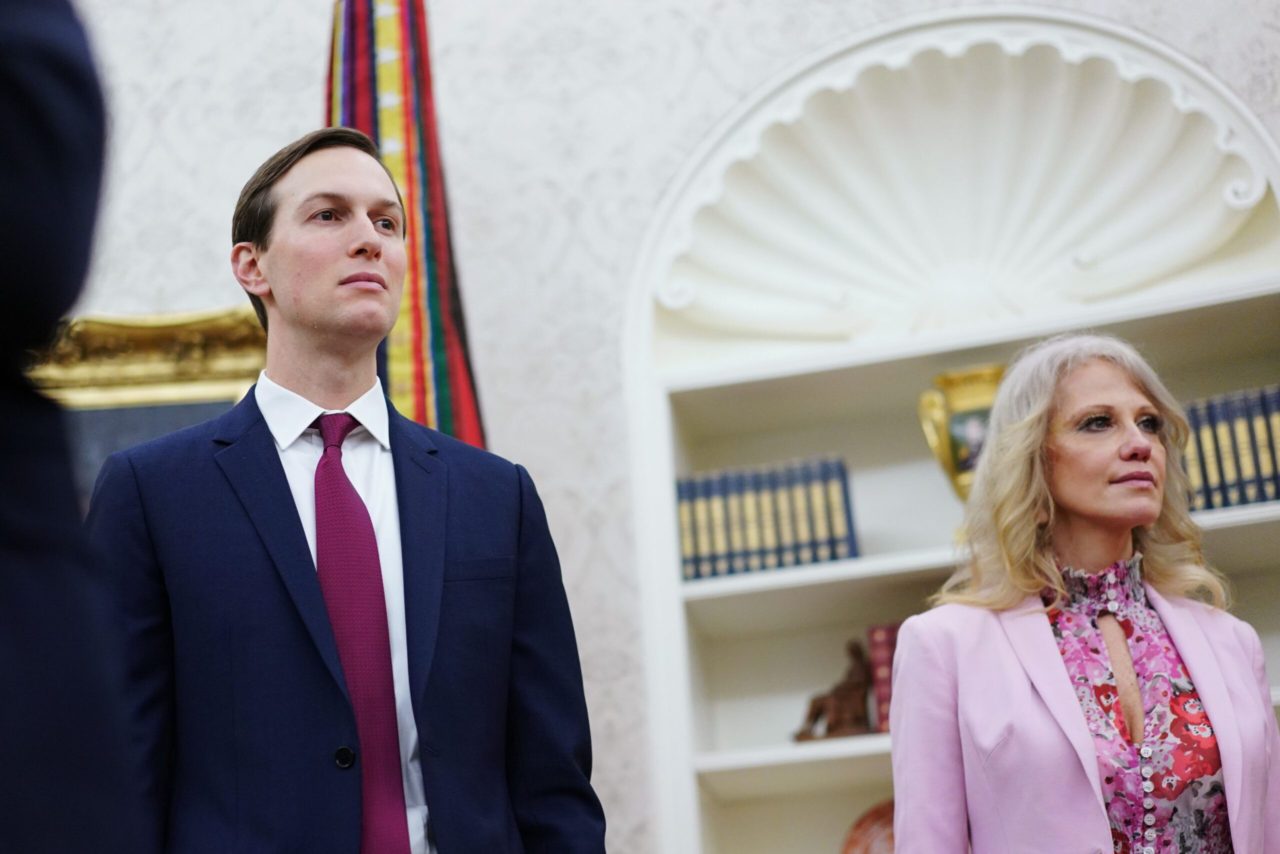 Kellyanne Conway, former senior counselor to President Donald Trump, described Jared Kushner as “shrewd and calculating” in her forthcoming book, and claimed that he knew “no matter how disastrous a personnel change or legislative attempt may be, he was unlikely to be held accountable for it.”

According to a copy obtained by the Washington Post of her memoir, Here’s the Deal, which is publishing Tuesday, Conway avoided criticizing Trump directly but had no such restraint regarding his son-in-law.

The Post reported that she describes Kushner “a man of knowing nods, quizzical looks, and sidebar inquiries’; and someone who, as the president’s son-in-law, knew that ‘no matter how disastrous a personnel change or legislative attempt may be, he was unlikely to be held accountable for it.’”

“There was no subject he considered beyond his expertise,” she continued, per the Post. “Criminal justice reform. Middle East peace. The southern and northern borders. Veterans and opioids. Big Tech and small business. If Martian attacks had come across the radar, he would have happily added them to his ever-bulging portfolio. He’d have made sure you knew he’d exiled the Martians to Uranus and insisted he did not care who got credit for it. He misread the Constitution in one crucial respect, thinking that all power not given to the federal government was reserved to him.”

The relationship between Conway and Kushner went sour in part, she wrote, due to his accusation she leaked to the media, an allegation she has denied.