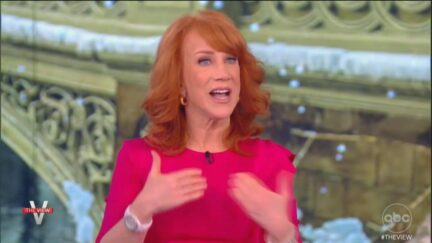 Until her firing in May 2017, Griffin had been a co-host of CNN’s New Year’s Eve coverage.

Toobin was a writer for The New Yorker, not The Atlantic, and it was New Yorker staffers who witnessed his infamous Zoom call exposure. Toobin was fired by The New Yorker for the incident. He was temporarily suspended by CNN and returned to the cable network in June following an 8-month absence.

Jon Stewart Joins Jimmy Kimmel’s ‘Live in Front of a Studio Audience: The Facts of Life’