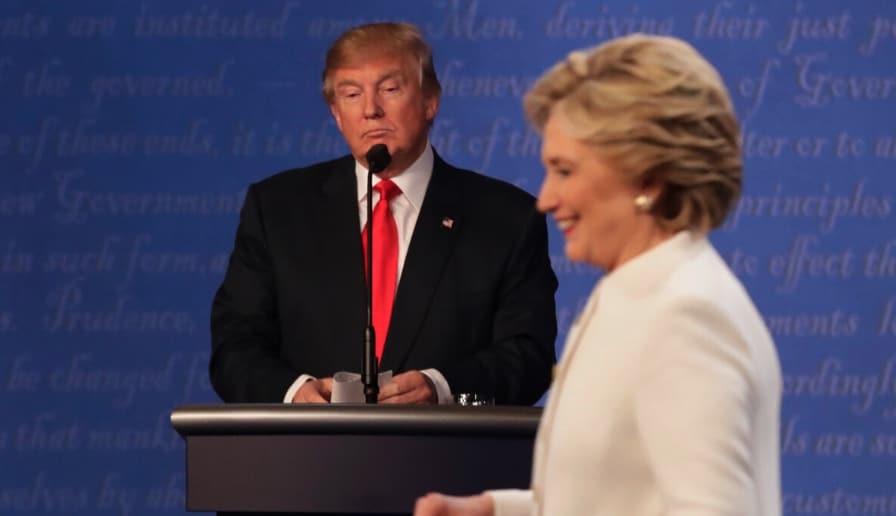 Former President Donald Trump and his legal team received a verbal and financial flogging by a federal judge who presided over his lawsuit against Hillary Clinton and others.

On Thursday night, Judge Donald Middlebrooks of the Southern District of Florida whacked Trump and his lawyers with $938,000 in sanctions for bringing what he called a “completely frivolous” suit to his court.

Trump sued Clinton in March, alleging the former secretary of state “and her cohorts… maliciously conspired to weave a false narrative that their Republican opponent, Donald J. Trump, was colluding with a hostile foreign sovereignty.”

That foreign entity was Russia. Trump sought $72 million in damages.

As Politico noted, Middlebrooks originally tossed the case in September and dinged his lawyers $50,000 to pay for the attorney fees of a Clinton ally also named in the suit.

In his ruling, Middlebrooks ordered a new round of sanctions, stating Trump had no business bringing the suit. Trump’s lead attorney in the case was Alina Habba, who was sanctioned jointly with her employer.

“This case should never have been brought,” he wrote. “Its inadequacy as a legal claim was evident from the start. No reasonable lawyer would have filed it. Intended for a political purpose, none of the counts of the amended complaint stated a cognizable legal claim.”

The money will pay the legal bills of 31 defendants named in his suit, including Hillary Clinton, who will receive $172,000.