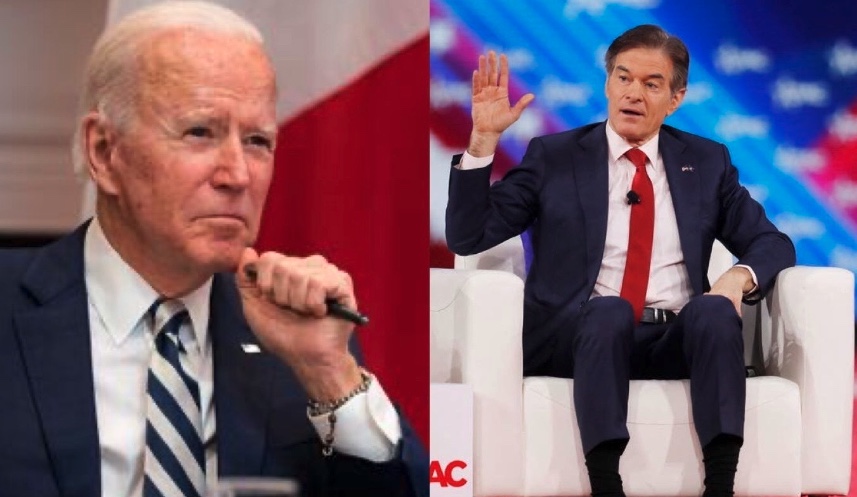 The White House sent Dr. Mehmet Oz a letter demanding his resignation from the President’s Council on Sports, Fitness & Nutrition, and informed the U.S. Senate candidate from Pennsylvania that if does not resign by 6 p.m. Wednesday he will be “terminated.

In response, Oz said former President Donald Trump appointed him to two terms on the council and that he will not step down. That means that, as of this writing, President Joe Biden has fired him.

Oz posted an email he received from the Office of Presidential Personnel dated March 23.

The council is an advisory committee that promotes healthy eating habits and physical activity. Oz served on the board with other notable personalities such as New England Patriots coach Bill Belichick, Baseball Hall of Fame inductee Mariano Rivera, and former NFL running back Herschel Walker, who like Oz is also running for U.S. Senate this year – in Georgia.

It is unclear why the White House asked Oz to step down or if Walker had received a similar letter.