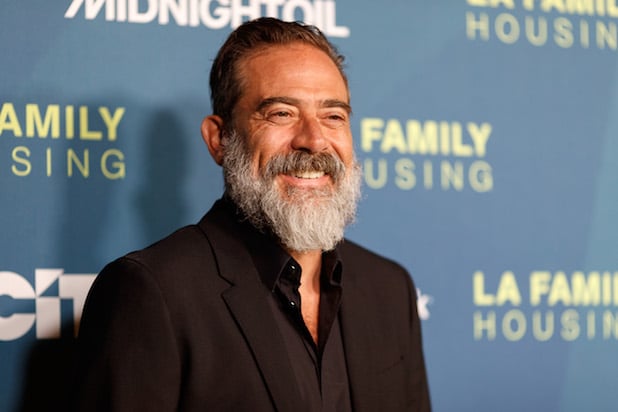 Jeffrey Dean Morgan, who at one point was rumored to star as Thomas Wayne aka the Flashpoint Batman in an upcoming DC Comics movie, said “Michael Keaton swooped in and took my gig.”

“Naw, I think that’s super cool,” Morgan told comicbook.com in an interview posted Friday. “Ever since Zack Snyder walked away, my whole kind of bit in that world has walked away with him. However, there’s always a chat going on. So, we’ll see!”

According to multiple individuals with knowledge of the project, there will be no Flashpoint Batman in the upcoming Ezra Miller “The Flash” standalone movie, which hopes to shoot next year, subject to COVID-19 protocols.

As TheWrap first reported, very early on in the script development stages of “The Flash,” including Thomas Wayne/Flashpoint Batman in the project was considered, however that idea was scrapped and instead evolved into Keaton in talks to return to the role of Batman. As it stands, that is far from a sure thing and it can go either way.

“The Flash” will explore what Keaton’s version of Batman has been up to since we last saw him in 1992. Loosely based on the 2011 DC Comics crossover event “Flashpoint” — previously announced as the film’s title at Comic-Con 2017 — the story sees Ezra Miller’s Barry Allen travel back in time to prevent the death of his mother. The result? Allen inadvertently creates another universe protected by Keaton’s Batman, now 30 years older.

‘The Kissing Booth 3’ Filmed in Secret, Will Debut on Netflix in 2021