How Tom Hardy Got Ripped To Play Venom 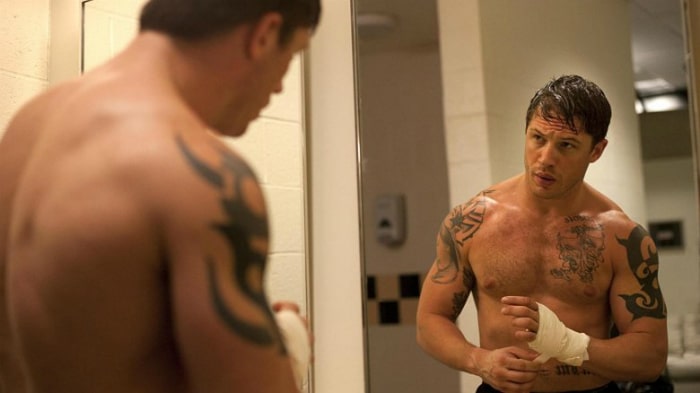 One terrifying glance at Venom is all it takes to know this year’s Spider-Man spin-off has the potential to be much darker, and much more disturbing, than any previous Marvel comic book adaptation.

Venom’s crooked, slime-covered grimace is befitting of the characters Tom Hardy tends to portray: dangerous, cold, calculating, with an undercurrent of rage and vulnerability in equal measure.

Hardy has built his reputation channeling hardened oddballs. Notably, his dedication to his acting craft is matched only by his willingness to physically adapt, role by role. The 40-year-old’s career is marked by memorable physical transformations, from Bane to Bronson — a calorie-filled, muscle-building journey to A-list status. As the man himself wryly noted, those in the industry didn’t pay attention to him until he “started putting on weight and kicking people and being aggressive.”

Chalk up the hands, cut the carbs, up the protein, and get ready to work hard. Here’s a rundown of a career’s worth of physical transformations, all preparing Hardy to get ripped for Venom.

It’s surprising considering his physical accomplishments, but Tom Hardy is far from a natural athlete. As a child, Hardy was “small and skinny and vulnerable.” He told Esquire he is the antithesis of many of the characters he plays; he doesn’t feel “very manly” or “strong,” two words many film lovers easily associate with the actor. In his younger years he was so intimidated by male company, lifting weights wasn’t a viable option. “I couldn’t go into a gym because of the testosterone, and I felt weak,” he said.

Part of the actor’s vulnerability comes through direct understanding. In his early 20s, he was addicted to alcohol and crack cocaine, a far cry from the clean living and intense physical training he has since adopted. After his breakthrough in 2001, with Band of Brothers and Black Hawk Down, his addiction escalated. After a “near-death experience,” Hardy managed to overcome his addiction after checking into rehab in 2003. He has been clean since.

So how did the unlikely athlete go from gym-phobic to musclebound? Hardy told The Independent bulking up was a conscious attempt to “establish myself as someone you would take notice of and further my employment.” Suffice to say, the plan worked. 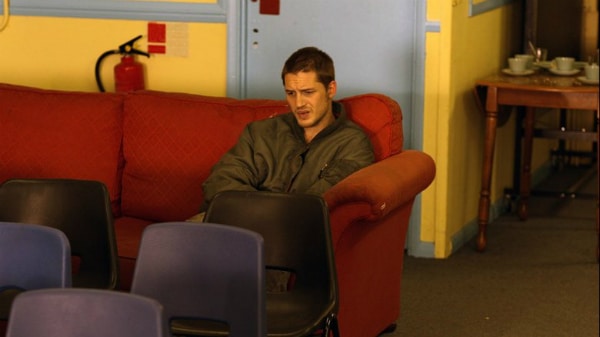 However, Hardy took a healthier approach than peers such as Christian Bale, who notoriously survived on apples, coffee, and tinned tuna when dropping 60lbs for 2004’s The Machinist. “I was fitter than I’ve ever been after that,” he told Irish Times. Working with a personal trainer, Hardy avoided severe calorie restrictions — “I needed my brain” — instead losing weight in a manageable way.

A calorie deficit was still essential to drop the pounds, but to help speed up the process, Hardy incorporated cardio, running miles and miles each day. His diet was rich in protein, including “as much spinach and greens as I wanted.” Keeping the muscle-building macronutrient at high levels during this process is essential to avoid excessive muscle breakdown, known as catabolism. Fortunately for the actor, the “easy” training and diet regime lasted a tolerable five or six weeks.

How Tom Hardy Got Ripped To Play Venom

Britney Spears Suffers a Wardrobe Malfunction, Exposes Nipple on Opening Night of ‘Piece of Me’ Tour