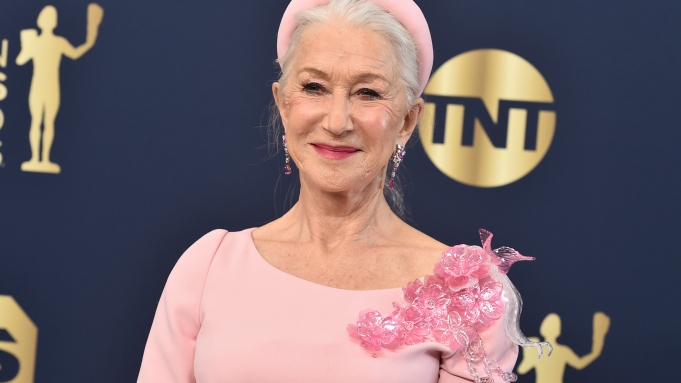 Helen Mirren was honored at the 28th annual Screen Actors Guild Awards ceremony on Sunday night with the Lifetime Achievement Award, an accolade she says she owes to a personal mantra she lives by.

“Lifetime Achievement, that sounds so grand. I supposed I’m still alive so by that measure, I’m eligible,” Mirren joked on stage to her fellow actors in the audience. “But honestly, any achievement that I’ve succeeded in is the result of my mantra, ‘Be on time and don’t be an ass.’”

Oscar, BAFTA, and Emmy-winning actress Mirren becomes the most decorated SAG Life Achievement recipient with a total of 13 SAG nominations and five SAG Actor wins to her name.

And yet, the British star was modest in her acceptance speech as she wondered earnestly whether she deserved such an honor.

She said, “I’m simultaneously enormously proud, and yet I’m driven with the understanding that I absolutely do not deserve this. And there is this conflict that I believe you all understand: insecurity versus ego. That cocktail that I believe most actors sip in the evening as they contemplate the wonderful gift they received the moment they decided to become an actor.