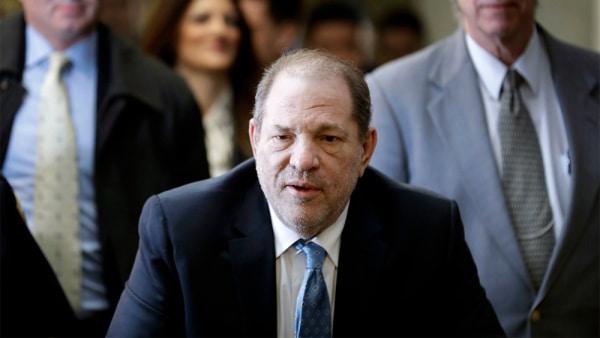 Harvey Weinstein will not be coming to Los Angeles anytime soon.

The incarcerated producer is awaiting extradition to face five charges of rape and sexual assault in Los Angeles.

The Los Angeles County District Attorney’s office said on March 11 that it was beginning the extradition process. But as of Monday, it had yet to file its extradition request with authorities in New York.

“It’s fair to say that the virus has delayed the processing of the extradition paperwork,” said Los Angeles D.A. spokesman Greg Risling.

Weinstein is housed at Wende Correctional Facility, a maximum-security prison near Buffalo, where he has begun to serve his 23-year sentence for committing a “criminal sexual act” and third-degree rape.

His attorneys have filed a notice of appeal, but have yet to file their full memorandum laying out all the grounds for appeal, said Weinstein’s spokesman Juda Engelmayer.

Weinstein was sentenced on March 11 — just before the coronavirus caused a massive shutdown of many court functions in Los Angeles and New York. Los Angeles authorities filed a detainer — a formal notice instructing New York prison authorities not to release him — on March 13.

Ken Osmond, ‘Leave It to Beaver’ Star Who Played Eddie Haskell, Dies at 76