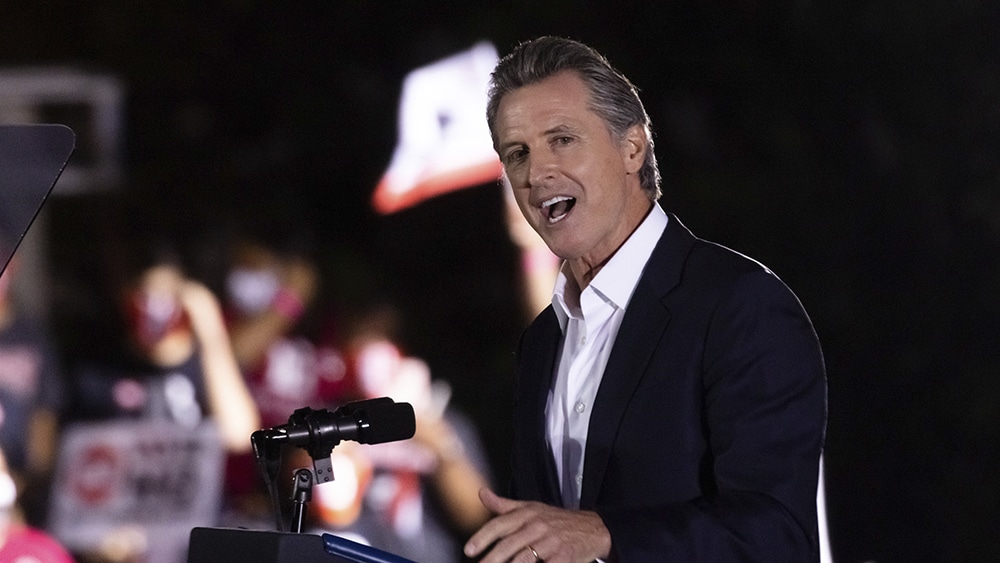 Gov. Gavin Newsom defeated an effort to recall him from office on Tuesday, beating back a conservative challenge by a gaping margin.

The “no” campaign was winning 67% of the vote with two-thirds of the expected votes tallied, according to counts from CNN and the Los Angeles Times.

In a speech from Sacramento, Newsom said he was “humbled” and “grateful” for the outcome.

Newsom also cited comments from former President Trump, who had suggested over the weekend that the recall would be rigged.

“Democracy is not a football. You don’t throw it around. It’s more like… an antique vase. You can drop it and smash it in a million different pieces,” Newsom said. “You know, we may have defeated Trump, but Trumpism is not dead in this country.”

CNN declared Newsom the winner at 8:39 p.m., as did the rest of the major networks. The Associated Press called the race at 8:46 p.m.

Conservative talk show host Larry Elder was leading all contenders on the replacement ballot, though it amounts to a hollow victory given the resounding defeat of the recall.