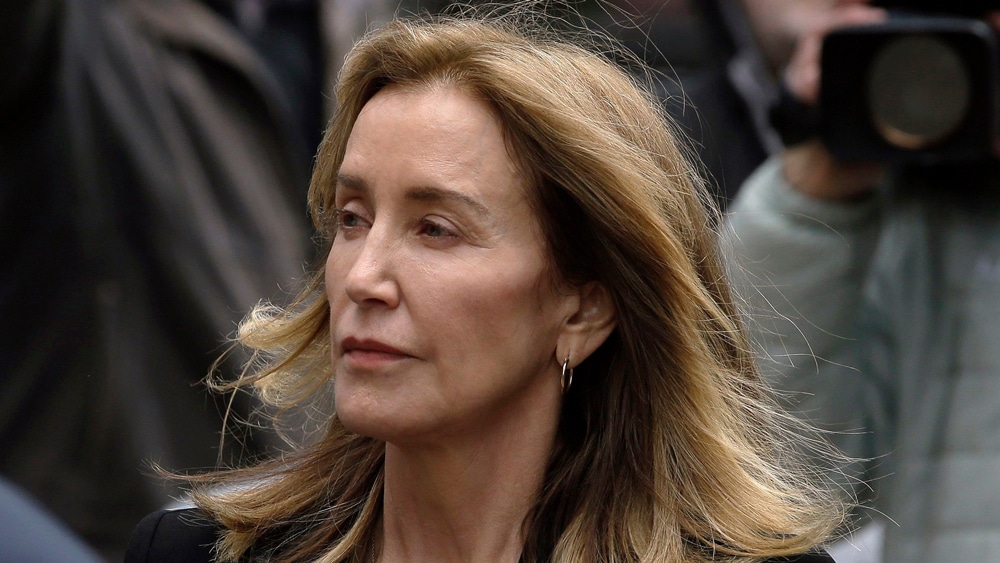 Felicity Huffman reported to federal prison in Dublin, Calif., on Tuesday morning to begin her two-week sentence for paying to cheat on her daughter’s SAT test.

Huffman pleaded guilty to one count of fraud, admitting that she paid $15,000 to consultant Rick Singer to boost her daughter’s SAT score. Judge Idira Talwani sentenced her last month to 14 days in prison, plus a $30,000 fine and one year of supervised release. She was originally ordered to turn herself in on Oct. 25.

“Felicity Huffman reported today for sentencing to the Federal Correctional Institution in Dublin, CA,” her representative said in a statement. “Ms. Huffman is prepared to serve the term of imprisonment Judge Talwani ordered as one part of the punishment she imposed for Ms. Huffman’s actions. She will begin serving the remainder of the sentence Judge Talwani imposed — one year of supervised release, with conditions including 250 hours of community service — when she is released.”

Huffman was the first parent to be sentenced in Operation Varsity Blues, the sprawling federal investigation of cheating in elite college admissions. Several other parents have since been sentenced to terms ranging from probation to five months in prison.

Huffman gave a tearful apology at her sentencing hearing on Sept. 13,

“I was frightened, I was stupid and I was so wrong,” she said at the time. “I am deeply ashamed of what I have done.”

In a letter to the court, Huffman said she was motivated by panic that her daughter would not get admitted to college to study acting.

“In my desperation to be a good mother I talked myself into believing that all I was doing was giving my daughter a fair shot,” she wrote.

The prosecution asked for a sentence of one month, arguing that Huffman knew she was committing a crime.

“Her efforts weren’t driven by need or desperation, but by a sense of entitlement, or at least moral cluelessness, facilitated by wealth and insularity,” the U.S. Attorney’s Office argued.

Sarah Snook on the Surprise Hit of Her Series “Succession”

Matt Lauer Had an Affair with a ‘Well-Respected’ NBC Star