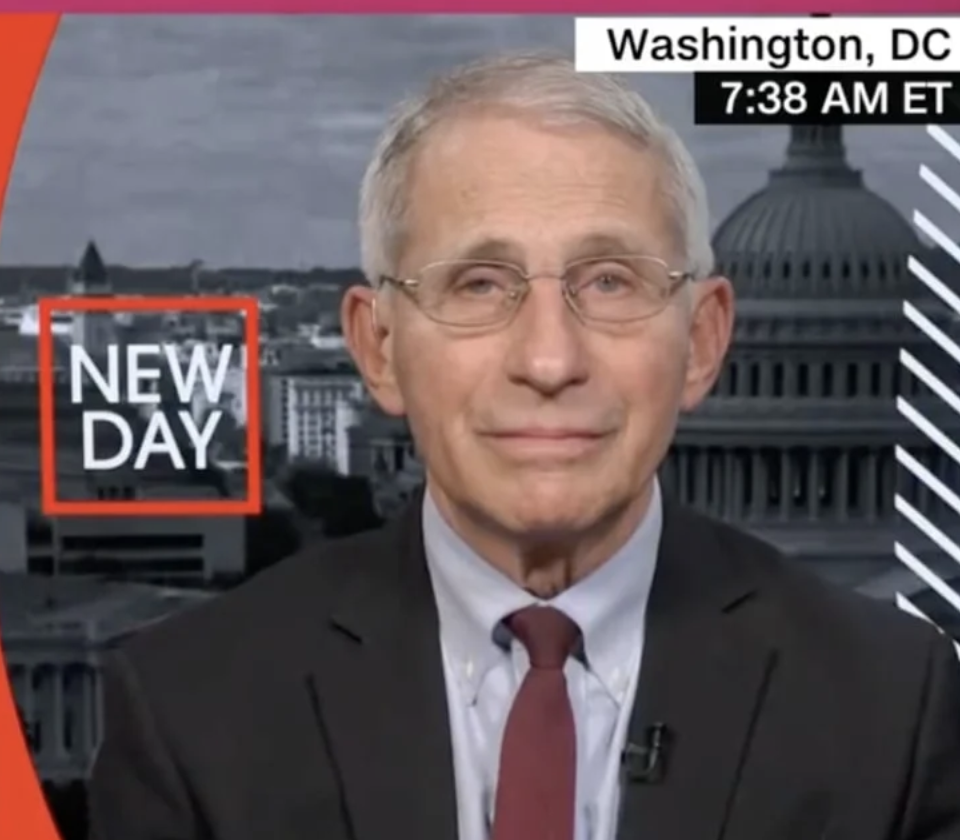 Anthony Fauci has called for Fox News host Jesse Watters to be axed from the cable channel for encouraging his fans to “ambush” the infectious-disease expert with a “kill shot.”

“That’s horrible, I mean that just is such a reflection of the craziness that goes on in society,” Fauci said in an interview with CNN early Tuesday, when asked about the comments Watters made at a Turning Point USA event over the weekend.

Watters had urged attendees to “go in for the kill shot” and “ambush” Fauci if they see him in public, using violent rhetoric to encourage them to confront Fauci with conspiracy theories over the origins of the coronavirus pandemic.

“The kill shot, with an ambush—deadly, ’cause he doesn’t see it coming. This is when you say, ‘Dr. Fauci, you funded risky research at a sloppy Chinese lab, the same lab that sprung this pandemic on the world. You know why people don’t trust you, don’t you?’ Boom, he is dead! He is dead! He’s done!” Watters told the crowd, referring to the unproven claim among conservatives that the virus was “engineered” by a lab Fauci funded.

Watters also encouraged supporters to film their “ambush” of Fauci so they could become famous.

“You do that—30 seconds, it’s all you need. Now you get that footage to us, you get it to Fox… Imagine Tucker Carlson teases that…,” he said.

Watters, who rose to fame as disgraced ex-Fox News star Bill O’Reilly’s “ambush guy,” then ended his advice to the TPUSA attendees by telling them to “just make sure it’s legal.”

Fauci said he was horrified by Watters’ comments and that he “should be fired on the spot.”

But he predicted that “whatever network he’s on is not going to do anything to him.”

“The only thing that I have ever done throughout these two years is to encourage people to practice good public-health practices, to get vaccinated, to be careful in public settings, to wear a mask. And for that, you have some guy out there saying that people should be giving me a kill shot to ambush me. I mean, what kind of craziness is there in society these days? That’s awful that he said that. And he’s going to go, very likely, unaccountable,” he said.

Following publication, a Fox News spokesperson defended Watters’ remarks in a statement to the Daily Beast, claiming he was taken out of context and merely using rhetorical devices to give advice to the audience.

‘Dr Oz’ Ratings Continue to Plummet Ahead of Show’s Finale