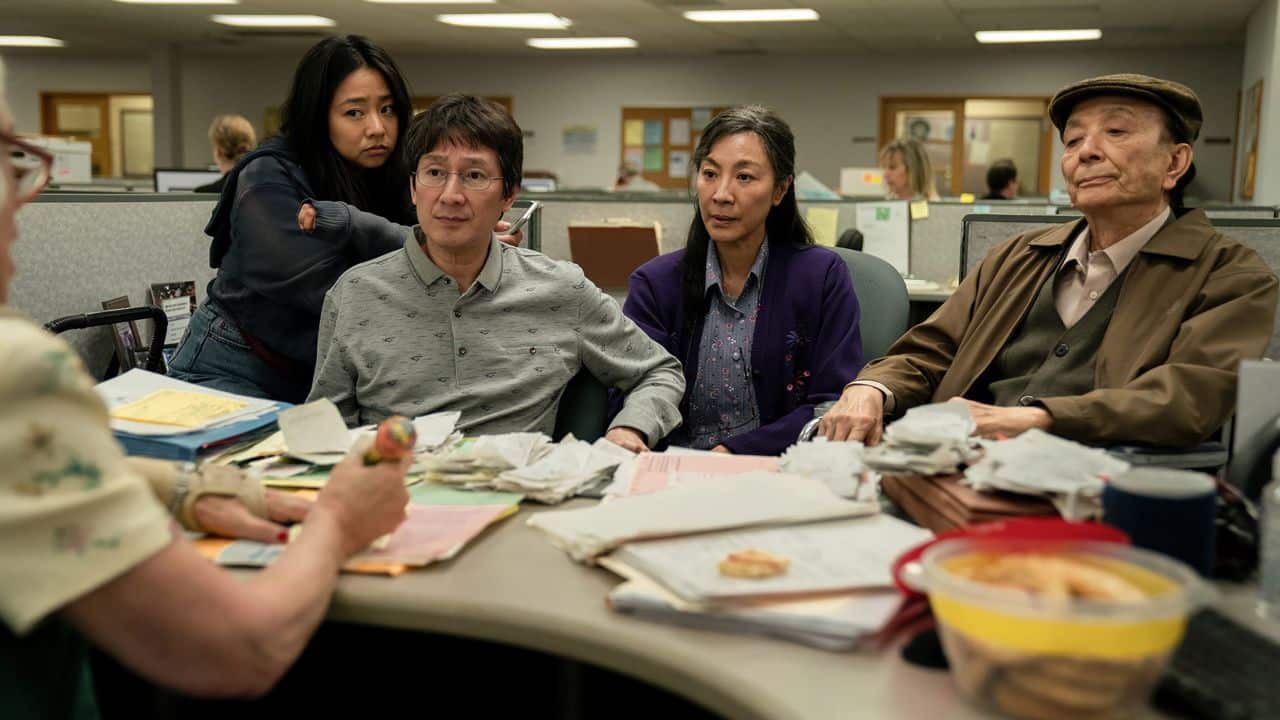 “Everything Everywhere All at Once,” a twisty sci-fi adventure, led the nominations for the 95th Academy Awards on Tuesday morning, picking up 11 nods. It was followed closely behind by “All Quiet on the Western Front,” a World War I epic, and “The Banshees of Inisherin,” a darkly comic look at friendship that unfolds against the backdrop of the Irish civil war, both of which scored nine nominations.

All three films will vie for best picture, in what is shaping up to be a much more commercially-successful collection of honorees than recent years. The best picture race contains the two highest-grossing films of the year, “Avatar: The Way of Water” and “Top Gun: Maverick,” along with “Elvis,” a musical biopic that scored with audiences last summer. Other contenders include Steven Spielberg’s semi-autobiographical “The Fabelmans”;”Tár,” a drama about an abusive conductor; “Women Talking,” a look at the residents of a repressive religious community; and “Triangle of Sadness,” a send-up of the 1% that unfolds partly on a mega-yacht.

“Triangle of Sadness,” one of the most divisive films of the year, had a strong showing on Tuesday morning, capturing nominations for his screenplay and for the direction of Ruben Östlund, the Swedish filmmaker who dreamed up the satire. He will compete for the director prize against Spielberg, Todd Field (“Tár”), Martin McDonagh (“The Banshees of Inisherin”), and the directing duo of Daniel Kwan and Daniel Scheinert (“Everything Everywhere All at Once”). It’s a category dominated entirely by men. The last two best director winners, Jane Campion (“The Power of the Dog”) and Chloe Zhao (“Nomadland”), have been women, and there were some hopes that “Women Talking’s” Sarah Polley might nab a best director nod.

The nominations were announced at a challenging time for the Academy of Motion Picture Arts & Sciences, the non-profit behind the awards, and the film business itself. Ratings for the Oscars have declined precipitously in recent years, imperiling the broadcast’s licensing fees, the leading source of revenue for the Academy. At the same time, adult-oriented movies such as “The Fabelmans,” “Tár” and “The Banshees of Inisherin” have struggled at the box office during the pandemic. Exacerbating the situation is the fact that streaming services, which helped fill the void left by the decline in theatrical revenues by providing a platform (and a blank check) for the artists behind them, are also shifting their priorities. Netflix, for instance, has signaled to Wall Street that it will keep content spending relatively flat while it focuses on increasing profits.

But everyone loves a comeback story, and this year’s Oscar season has included several of them. Ke Huy Quan, a former child actor best known for his work in “Indiana Jones and the Temple of Doom,” earned a best supporting actor nomination for his work in “Everything Everywhere All at Once.” A few years ago, Quan had given up on acting, convinced that his career in front of the camera was over. There’s also Brendan Fraser, a former action star whose career was derailed by health issues and personal struggles, but who has re-emerged as a powerful character actor with a transformative turn as a morbidly obese man in “The Whale.” He earned a nomination for best actor.