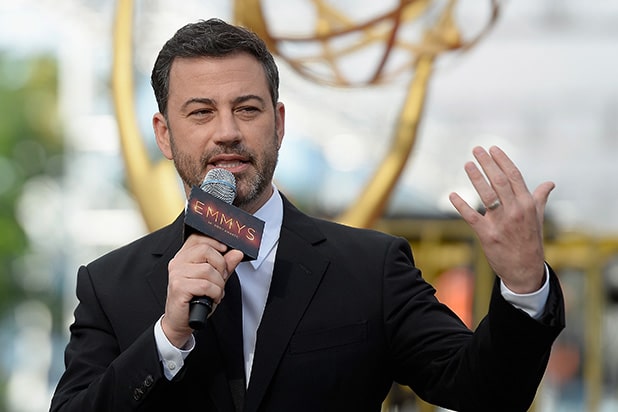 Host Jimmy Kimmel and the other executive producers of the 2020 Emmys have confirmed that next month’s ceremony will go virtual in a letter to some of the nominees.

“As ABC and the TV Academy continue to formulate plans for the Emmys telecast, producers have taken the proactive step of reaching out to some nominees now to inform them of our intent to deliver a live show that is both celebratory and safe,” a spokesperson said. “We look forward to sharing information with you in the weeks ahead, as we solidify our plans for TV’s biggest night.”

The decision comes a day after the nominees were announced in a remote ceremony hosted by “Saturday Night Live” alum Leslie Jones, Laverne Cox, Josh Gad and Tatiana Maslany.

The letter, the text of which was first published in Variety, informs the nominees that producers will be hiring a team of technicians, producers and writers to film them at home “or another location of your choice.”

“We’re going to make you look fabulous – we’re exploring the cutting edge of technology to allow to use good cameras and lighting and look forward to working with you to produce your unique “on screen” moments,” the producers said.

The Primetime Emmys are just the latest awards ceremony to go virtual amid the coronavirus pandemic, following the series of Daytime Emmy Awards ceremonies, as well as the BET Awards last month. The new format comes after the 71st Emmy Awards drew 6.9 million total viewers on Fox last year, marking a 33% year-over-year decline and the lowest-rated broadcast in the ceremony’s history.