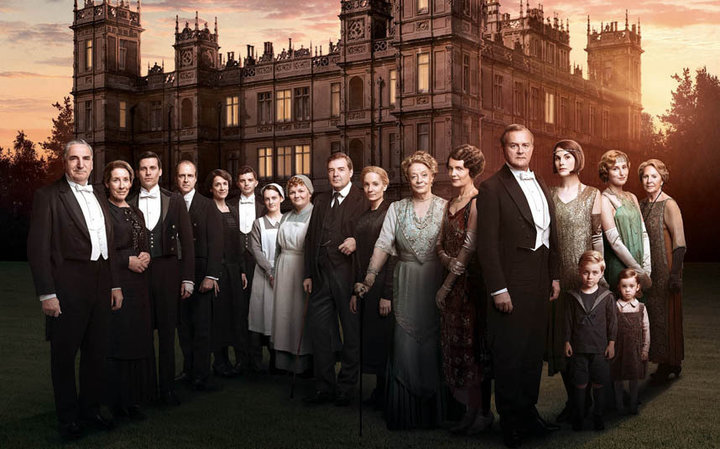 Since we’ll never tire of Maggie Smith throwing shade circa the early 20th century, the “Downton Abbey” movie is a much welcome development, even in the age of endless revivals.

A feature film based off the long-running PBS series is officially happening with production expected to begin in September. Distributors Focus Features and Universal Pictures International haven’t announced a release date, but original cast members Michelle Dockery, Hugh Bonneville, Smith and more are expected to return.

“Since the series ended, fans of ‘Downton’ have long been waiting for the Crawley family’s next chapter,” said Focus Features chairman Peter Kujawski in a statement. “We’re thrilled to join this incredible group of filmmakers, actors and craftspeople, led by Julian Fellowes and Gareth Neame, in bringing back the world of ‘Downton’ to the big screen.”

Details about the plot haven’t been released, but series creator Fellowes has written the screenplay and will produce the film. Brian Percival, who helmed the series’ pilot episode, will also direct the film.

The official Twitter account for the series broke the news over social media to “cordially invite” fans to see the film, which will be screened in cinemas.

A film exploring the next chapter of the Crawley family has long been rumored ever since the series made its final bow in 2015 after six decorated seasons. Over its run, “Downton Abbey” picked up three Golden Globes, 15 Emmys and a special BAFTA award, enshrining the period drama as the most nominated non-U.S. television show in Emmys history.

In 2017, Michael Edelstein, president at NBCUniversal International Studios, confirmed that a film had been “in the works for some time” at the opening of the “Downton Abbey: The Exhibition” event in Singapore.

“We are working on getting the script right and then we’ve got to figure out how to get the (cast) together,” he said. “Because as you know, people go on and do other things. But we’re hopeful to make a movie sometime next year.”

Dockery, who was nominated for an Emmy for her work in “Godless” on Thursday, has been especially vocal about her desire to revive the series.

“The rumors keep continuing, and I think it’s only a positive sign that people aren’t quite done with it,” she told Us Weekly. “If we do do the movie, I’m going to seize the opportunity!”