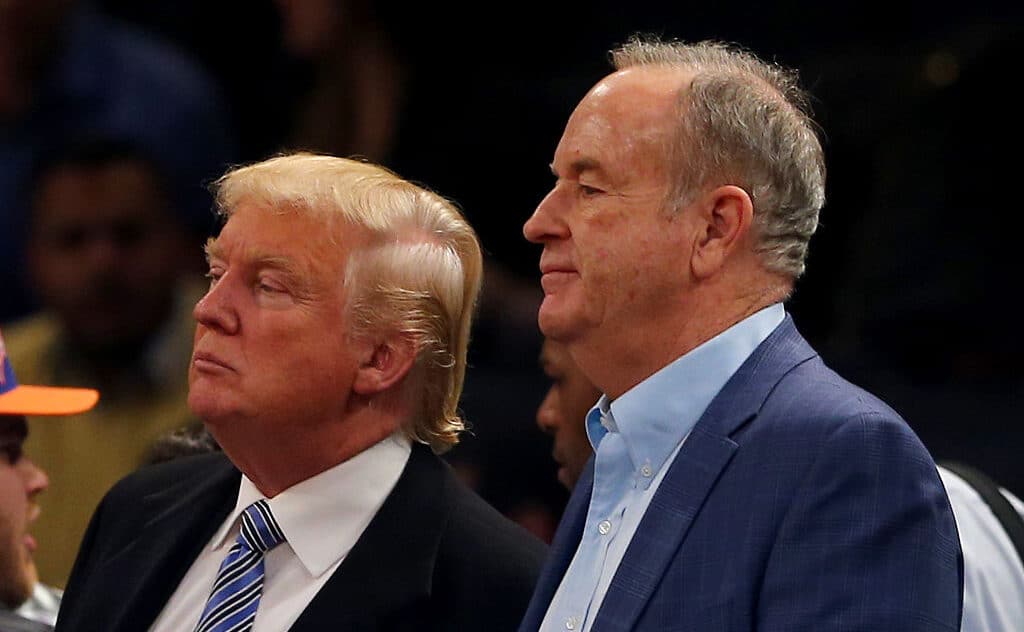 Billed as “The History Tour,” the first event will take place on December 11 at the BB&T Center in Sunrise, Florida. The second event’s venue has yet to be determined, while the last two will be held at the Toyota Center in Houston and the American Airlines Center in Dallas. All three known venues are the homes of NBA and/or NHL teams, and have capacities of around 20,000. It’s unclear how many seats will be made available for these events.

Organizers of the Trump tour say the appearances “will provide a never-before-heard inside view of his administration — which will be historical in and of itself.”

O’Reilly has written a series of books about historical matters, including a long-running series of titles beginning with “Killing.” They include Killing Kennedy, Killing Reagan, Killing Patton, and Killing Jesus.

O’Reilly unceremoniously left Fox News in 2017, after his show lost dozens of advertisers following a report in The New York Times stating that Fox News had settled five lawsuits with women who had accused of him of sexual misconduct. The settlements totaled about $13 million. In April 2017, O’Reilly told viewers he was taking a two-week vacation, but he never returned to Fox.