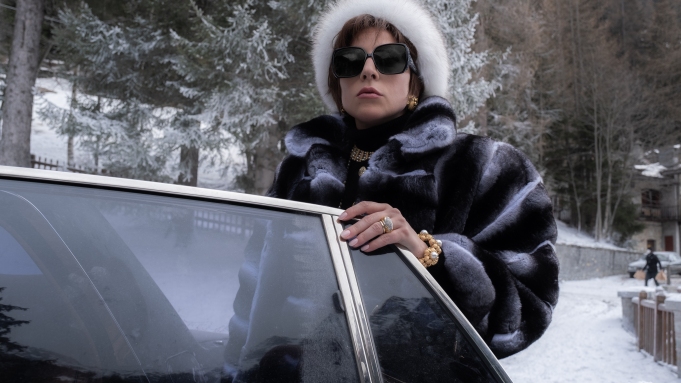 Disney has reclaimed its rightful place at the top of Thanksgiving box office charts. “Encanto,” the studio’s new animated musical fable, collected $40 million since Wednesday, a robust tally at a time when family audiences haven’t been eager to return to cinemas.

It’s become holiday tradition for Disney to release a family friendly movie around Turkey Day, and “Encanto,” an animated adventure with critical acclaim, indicates that parents have been gaining confidence to bring their young kids back to the movies. Hollywood is hoping that trend continues now that children under the age of 12 are newly able to get vaccinated against COVID-19. The film’s five-day total is considerably short of the studio’s recent Thanksgiving releases, such as “Frozen II” in 2019 ($123.7 million), “Ralph Breaks the Internet” in 2018 ($84.6 million) and “Coco” in 2017 ($71 million). However, “Encanto” has landed the best opening weekend for an animated film during the pandemic. That’s notable because movies geared toward family crowds have struggled to sell tickets and in a normal year, animation is regularly one of the highest-grossing (if not the highest-grossing) genre.

This Thanksgiving is expectedly far quieter than years past, but theater owners and studio executives have been encouraged that “Encanto” wasn’t the sole movie to sell tickets. Rather, a range of films were able to successfully carve out a slice of box office pie. Moviegoers also feasted on MGM’s A-list crime drama “House of Gucci,” which brought in $14.2 million over the traditional weekend and $21.8 million in its first five days of release, proving there’s still an audience for adult dramas, as long as Lady Gaga is involved. “House of Gucci” affirms the pop star as a major big screen draw after her decorated turn in 2018’s musical drama “A Star Is Born.”

Though reception has been mixed — “House of Gucci” landed a “B+” CinemaScore from ticket buyers and a 61% on Rotten Tomatoes from critics — Gaga’s portrayal of Patrizia Reggiani, an outsider who marries into the Gucci empire, has been the driving force behind ticket sales. Ridley Scott directed the film, which dramatizes the downfall of the family behind the luxurious fashion brand and co-stars Adam Driver, Al Pacino, Jared Leto and Salma Hayek.

“This is a very good opening for an original crime drama,” says David A. Gross, who runs the movie consulting firm Franchise Entertainment Research. “As with families, older moviegoers have been reluctant to return to the movies.”

To put its opening in context, “House of Gucci” has earned more in its first weekend in theaters than other films aimed at older crowds, such as Will Smith’s awards hopeful “King Richard” ($11.3 million), Ridley Scott’s star-studded medieval drama “The Last Duel” ($10.8 million) and David Chase’s “Sopranos” prequel “The Many Saints of Newark” ($7.6 million), made during their entire theatrical runs. The only adult-skewing movies that have managed to sell any tickets have been equipped with intricate special effects and heavy action sequences, in the case of MGM’s James Bond sequel “No Time to Die” with $155 million domestically and the Warner Bros. tentpole “Dune,” which inched past the $100 million mark this weekend with $102 million domestically.