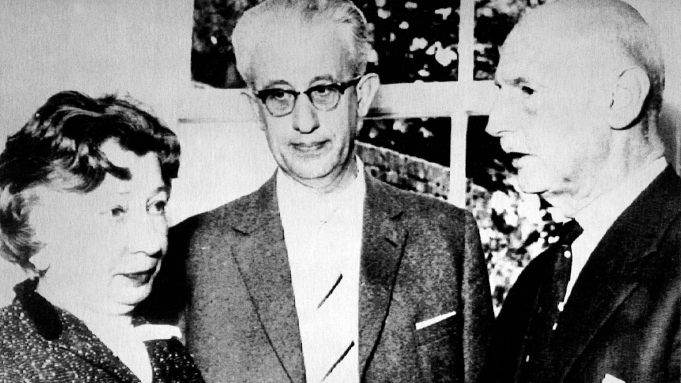 The remarkable story of a Dutch woman who risked her life to shelter Anne Frank’s family from the Nazis for more than two years and then preserved Anne’s diary, is the subject of A Small Light, a National Geographic limited series ordered by Disney+. The project comes from Grey’s Anatomy alums Joan Rater and Tony Phelan, Susanna Fogel (The Flight Attendant), ABC Signature and Keshet Studios.

The limited series, written by Rater and Phelan, follows twentysomething Miep Gies who, when her boss Otto Frank came to her and asked her to hide his family from the Nazis during World War II, didn’t hesitate. For the next two years, Miep, her husband Jan, and the other helpers watched over the eight souls (Otto Frank, his wife Edith and daughters Anne and Margot as well as four others) in hiding in the Secret Annex. And it was Miep who found Anne’s Diary and kept it safe so Otto, the only one of the eight who survived, could later share it with the world as one of the most powerful accounts of the Holocaust.

A Small Light was deep into the greenlighting process when last month 60 Minutes aired a bombshell report about a years-long investigation that revealed a suspect in the 78-year-old mystery who betrayed the Franks whose hiding place was raised by the Nazis in August 1944, naming a prominent Jewish figure. The revelation, which has since been questioned, had no impact on Nat Geo’s plans for A Small Light as it does not affect the story the limited series planned to tell, sources said.

Un unlikely heroine who is celebrated for her heroism and humanity, Gies died in 2010 at the age of 100. It is something Gies said late in her life that inspired the title for the Disney+ series: “I don’t like being called a hero because no one should ever think you have to be special to help others. Even an ordinary secretary or a housewife or a teenager can turn on a small light in a dark room.”

Casting of the three main characters of the seven-episode series, Miep, Otto and Jan, is currently underway. Filming is slated to begin in Europe in the coming months.