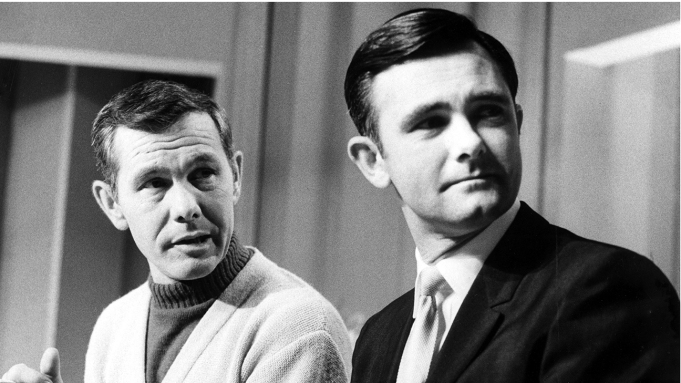 Dick Carson, the five-time Emmy-winning director who helmed installments of The Merv Griffin Show, Wheel of Fortune and, for his older brother, Johnny Carson, The Tonight Show, has died. He was 92.

Carson died Dec. 19 at his home in Studio City after a brief illness, his family announced.

Dick Carson moved from Los Angeles to New York to direct The Tonight Show soon after Johnny had informed him that he had been hired to succeed Jack Paar on the NBC late-night program in 1962.

With Johnny unable to take over the show for months because he was under contract at ABC, Dick helmed episodes featuring such guest hosts as Groucho Marx, Art Linkletter, Joey Bishop, Bob Cummings, Jan Murray, Mort Sahl, Jerry Lewis, Florence Henderson and Griffin until Johnny came aboard in October.

After nearly seven years, Dick Carson left The Tonight Show and returned to Los Angeles, where he directed an ABC variety show hosted by Don Rickles that lasted just 17 episodes in 1968-69. He also did Get Smart and The Sammy Davis Jr. Show and directed commercials and pilots.

He called the shots for The Merv Griffin Show from 1972-86, winning Daytime Emmys for his work on the talk show in 1974, ’83 and ’85. During that time, he also began a 22-year run on the Griffin-created game show Wheel of Fortune; he won two more Emmys for that before he retired in 1999.

The youngest of three children (Johnny Carson was four years older), Richard Charles Carson was born on June 4, 1929, in Clarinda, Iowa. He and his family moved to Norfolk, Nebraska, where their father, Homer, worked in the public utilities sector.

His brother “was my hero, you know,” Dick said in a 2015 interview for the DGA. “He got into magic very early, very early. And got into it and started doing magic shows for different places. I would go along and carry the luggage or bring in the props and things like that.”

At the University of Nebraska, Dick acted in school plays and in community theater in Lincoln before graduating from college in 1952, then served three years in the U.S. Navy and 11 more in the U.S. Naval Reserve.

He directed commercials and local news and sports shows at San Diego station KOGO-TV, then joined KABC in L.A. as a stage manager and associate director in 1960, then directed the kids shows Chucko the Birthday Clown and The Soupy Sales Show before his stint on The Tonight Show.