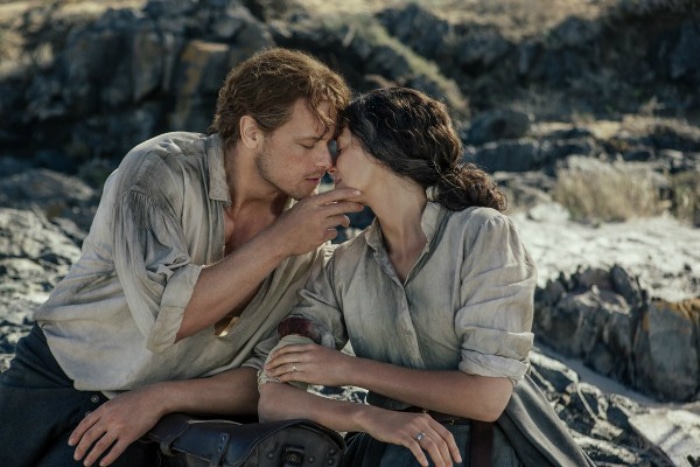 At the TCA press day for the upcoming PBS series The Great American Read, Outlander author Diana Gabaldon was part of a panel (which also included Meredith Viera and Nicholas Sparks) to talk about becoming an author, seeing her work adapted for television, and some of her own favorite literature.

In the eight-part PBS series, Viera will go through the America’s 100 best-loved novels (as voted on by this survey, which is currently open), and will explore what these choices might have to say about American culture. Gabaldon was of course asked about her favorite book: “Well, trying to pick one favorite book out of the universe of books is impossible,” she shared. “It’s a dead heat between Alice’s Adventures in Wonderland and Lonesome Dove. And having made that decision, I was thinking what do these books have in common? You know, why do I like them both so much? I finally decided that it’s because they share what my husband refers to, in reference to my work, as the ‘One damn thing after another’ school of fiction.”

Some of the most interesting parts of the panel discussion, though, were Gabaldon’s thoughts on writing, and her own process. “I don’t write in a straight line and I don’t plan stories out ahead of time. I, in fact, don’t actually know what’s going to happen in a book,” she said. “I began writing Outlander for practice. I knew I was supposed to be a novelist, but I didn’t know how; and I decided the way to learn was to actually write a novel. So, Outlander was my practice book. I was never going to show it to anyone, so it didn’t matter what I did with it. It didn’t have to have a genre, so I used anything that I like. And I’ve been reading since I was three years old. I like a lot of stuff, and I used it all.”

Gabaldon told a story about how she was first discovered: posting on a CompuServe message board focused on discussing literature. “I had always known I was supposed to be novelist, and when I was 36, I said, ‘Well, you better start writing a novel, then.’ she said. “Well, actually what I said was ‘Mozart was dead at 36. You better get started.’ So I did.” It all started there when she had an argument with a man who was trying to tell her what it feels like to be pregnant (she has three children), and she corrected him by sharing a story excerpt she had written where a woman describes it to her brother. People read it and wanted more, so she continued writing excerpts until someone on the board recommended a literary agent. “My husband says I am congenitally unable to lose an argument, and he’s right. That’s why I overcame my fear of showing what I was writing, in order to win an argument, and I did, as a matter of fact, win the argument.”

The Definitive Ranking of Grateful Dead Studio Albums, From Worst to Best