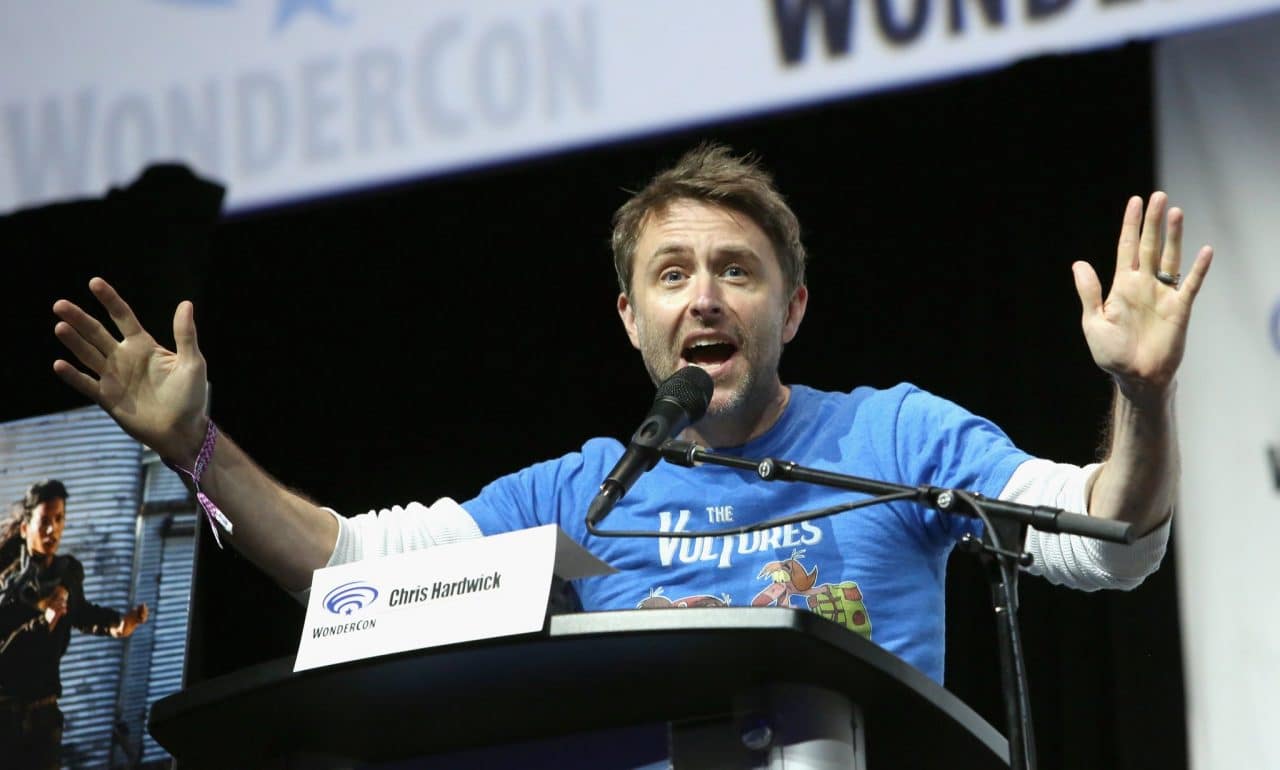 A television show on AMC hosted by the comedian Chris Hardwick will not air as scheduled, the network said on Saturday, following allegations from an ex-girlfriend, Chloe Dykstra, that he had emotionally and sexually abused her.

In an essay posted on Medium on Thursday, Ms. Dykstra, an actress and model, said she had been in a three-year relationship with a man who repeatedly sexually assaulted her and enforced restrictive rules. She did not name Mr. Hardwick specifically. In a statement on Saturday he said, “I’m devastated to read that she is now accusing me of conduct that did not occur.”

AMC said in a statement that Mr. Hardwick’s show, “Talking With Chris Hardwick,” would not go on the air. The second season of the show had been scheduled to debut on Sunday.

“We have had a positive working relationship with Chris Hardwick for many years,” the network said. “We take the troubling allegations that surfaced yesterday very seriously. While we assess the situation, ‘Talking With Chris Hardwick’ will not air on AMC.”

“When we were living together, I found out that Chloe had cheated on me, and I ended the relationship,” the statement added. “For several weeks after we broke up, she asked to get back together with me and even told me she wanted to have kids with me, ‘build a life’ with me and told me that I was ‘the one,’ but I did not want to be with someone who was unfaithful.”

The statement from AMC said that Mr. Hardwick had decided to step down from moderating panels at Comic-Con International in San Diego next month.

Kaaboo, a music and comedy festival in September in Del Mar, Calif., at which Mr. Hardwick had been scheduled to perform, said in a statement on Friday that it “does not condone, and will not tolerate, any type of abusive behavior or harassment,” and that it had decided to pull him from the lineup.

Nerdist Industries, a digital entertainment company founded by Mr. Hardwick, removed his name from its website, said a spokeswoman for Legendary Entertainment, which now owns the company. She added that Mr. Hardwick “had no operational involvement with Nerdist for the two years preceding the expiration of his contract in December 2017.”

Mr. Hardwick is a stand-up comedian, podcast pioneer and digital media entrepreneur who built an empire around nerd culture.

He was also involved in a series of television projects and hosted “Talking Dead,” an AMC show in which he discussed the hit series “Walking Dead” just after it aired; and “Talking Bad,” which did the same for the popular series “Breaking Bad.” On the first season of “Talking With Chris Hardwick,” he conducted interviews with movie and television stars.