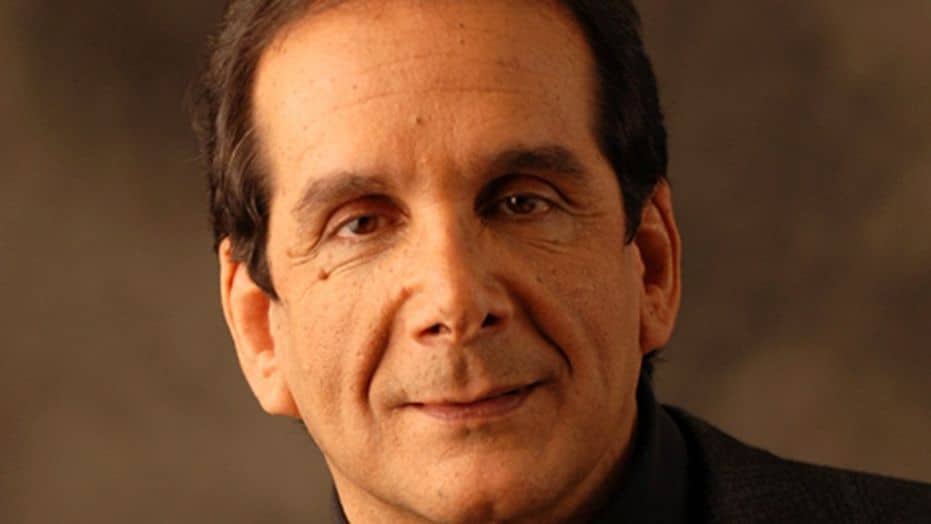 Charles Krauthammer, the Pulitzer Prize-winning columnist and Fox News commentator, died on Thursday. He was 68.

Krauthammer announced on June 8 that doctors had given him just weeks to live.

“This is the final verdict. My fight is over,” he wrote in a statement.

Krauthammer wrote that he had been recovering from surgery last year to remove a cancerous tumor in his abdomen, and while he has been “gradually making my way back to health,” recent tests showed that cancer has returned and was spreading rapidly.

He wrote, “I wish to thank my doctors and caregivers, whose efforts have been magnificent. My dear friends, who have given me a lifetime of memories and whose support has sustained me through these difficult months. And all of my partners at The Washington Post, Fox News, and Crown Publishing.”

Krauthammer had been a columnist for the Post since 1984, and won the Pulitzer Prize for Commentary in 1987, when the judges cited his “witty and insightful columns on national issues.”

At the time, he was just a few years into a new career as an opinion writer. He had joined the New Republic in 1981 and later started writing essays for Time, gaining attention for coining the phrase “Reagan Doctrine” to describe the administration’s efforts to counter the Soviets in the Cold War. He joined the Post in 1985.

He was a speechwriter for Vice President Walter Mondale in 1980 and, before that, had been in medicine. He worked on psychiatric research for President Jimmy Carter’s administration, and practiced as chief resident in psychiatry at Massachusetts General Hospital. He was paralyzed from a diving accident during his first year at Harvard Medical School.

He was best known for his role as a panelist on “Special Report with Bret Baier” and as a commentator on the network, where he was known for his thought-provoking remarks, particularly about foreign policy.

“R.I.P. good friend. I am sure you will be owning the panel discussion in heaven as well. And we’ll make sure your wise words and thoughts – your legacy – will live on here,” Baier wrote on Twitter.

Fox News called him the “dean of conservative commentators,” but he was willing to call out those in power no matter who was occupying the Oval Office. He was no fan of President Trump, but also warned his detractors of succumbing to “Trump derangement syndrome.”

After Krauthammer disclosed his dire prognosis, 21st Century Fox co-executive chairman Rupert Murdoch called him “a profound source of personal and intellectual inspiration for all of us at Fox News.”

Added Murdoch: “His always principled stand on the most important issues of our time has been a guiding star in an often turbulent world, a world that has too many superficial thinkers vulnerable to the ebb and flow of fashion and a world that, unfortunately, has only one Charles Krauthammer.”

Through the years, Krauthammer collected praise from his political opponents, joking eight years ago that “my career is done” after President Bill Clinton called him “a brilliant man” during a news conference.

Krauthammer’s opponents also lauded him for announcing he would not vote for Republican Donald Trump for president — though he also said he wouldn’t vote for his Democratic opponent, Hillary Clinton. He joked in a column that he’d like to cast a write-in vote for physician-philosopher Albert Schweitzer, except that he’s “doubly unavailable,” since he died in 1965 and was not a U.S. citizen.

In fact, Krauthammer parted ways with conservatives on a host of issues, arguing, for example, in favor of legalized abortion, against the death penalty and for higher energy taxes for the sake of environmentalism.

“I detested the extreme left and extreme right,” he said when reflecting on his degrees in economics and political science that he earned at McGill University in Montreal, where radicals ruled in the early 1970s.

Krauthammer was thrust into fame in 1985 when, in a Time magazine article, he coined the phrase “The Reagan Doctrine,” a reference to President Ronald Reagan’s support for those who were fighting communism in foreign countries.

In 2012, he earned a rare private and public apology from the White House after President Barack Obama’s communications director said Krauthammer’s report that a bust of Winston Churchill had been returned to the British Embassy was “patently false” because it was still in the White House. The spokesman, though, was apparently unaware that there had been two busts of Churchill, and Obama later acknowledged he returned one of them to replace it with one of Martin Luther King Jr.

Krauthammer was born in New York to Orthodox Jewish parents. He spoke French and Hebrew and attended a Jewish school as a child, but he said he was not religious as an adult and railed against the theory of “intelligent design.” Some mistook him for an atheist, though he said in 2005 that “atheism is the least possible of all theologies.”

Krauthammer studied politics at Baillol College, Oxford, before enrolling at Harvard Medical School where, in his first year, he suffered a neck injury on a pool diving board, paralyzing him and putting him in a wheelchair for the rest of his life. Despite spending 14 months hospitalized, he graduated on time with his classmates. Then, he spent three years at Massachusetts General Hospital, where he identified a variant of manic depression he called “secondary mania.”

In politics, Krauthammer started as a Democrat, moving to Washington to work in psychiatric research under President Carter. He began writing for the liberal magazine The New Republic two years later and penned speeches for Vice President Walter Mondale. Krauthammer’s political views back then, wrote Hendrick Hertzberg in The New Yorker, were “70 percent Mondale liberal and 30 percent Scoop Jackson Democrat.”

MoviePass Will Start to Surge Prices for Popular Movies in July