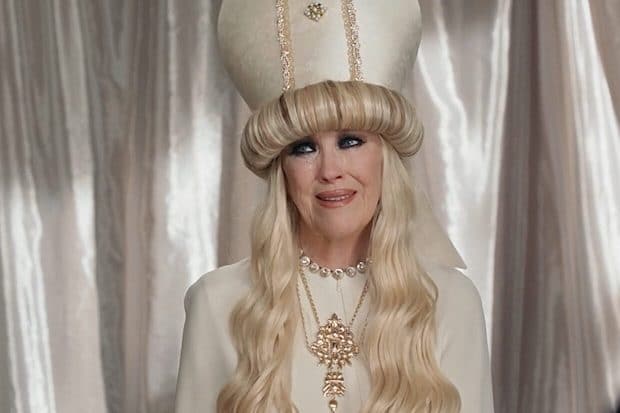 As Moira Rose might say, this is a most splendiferous development: Catherine O’Hara has won her first acting Emmy.

This is O’Hara’s second Emmy. She picked up her first gold statue — for Outstanding Writing in a Variety or Music Show for SCTV — nearly four decades ago (in 1982).

O’Hara was among TVLine’s 2020 Dream Emmy Nominees. We maintained that the comedy legend “ensured that voters would slip another feather in her cap for the series’ final season by taking her from the depths of despair (at The Crows Have Eyes 3 being shelved) to lofty new heights (over Sunrise Bay’s reboot). O’Hara was so exquisitely exaggerated, we were raising a glass of Herb Ertlinger’s ‘finest’ to her even before she delivered Moira’s wedding speech, a masterwork that was equal parts hilarious and heartfelt.”