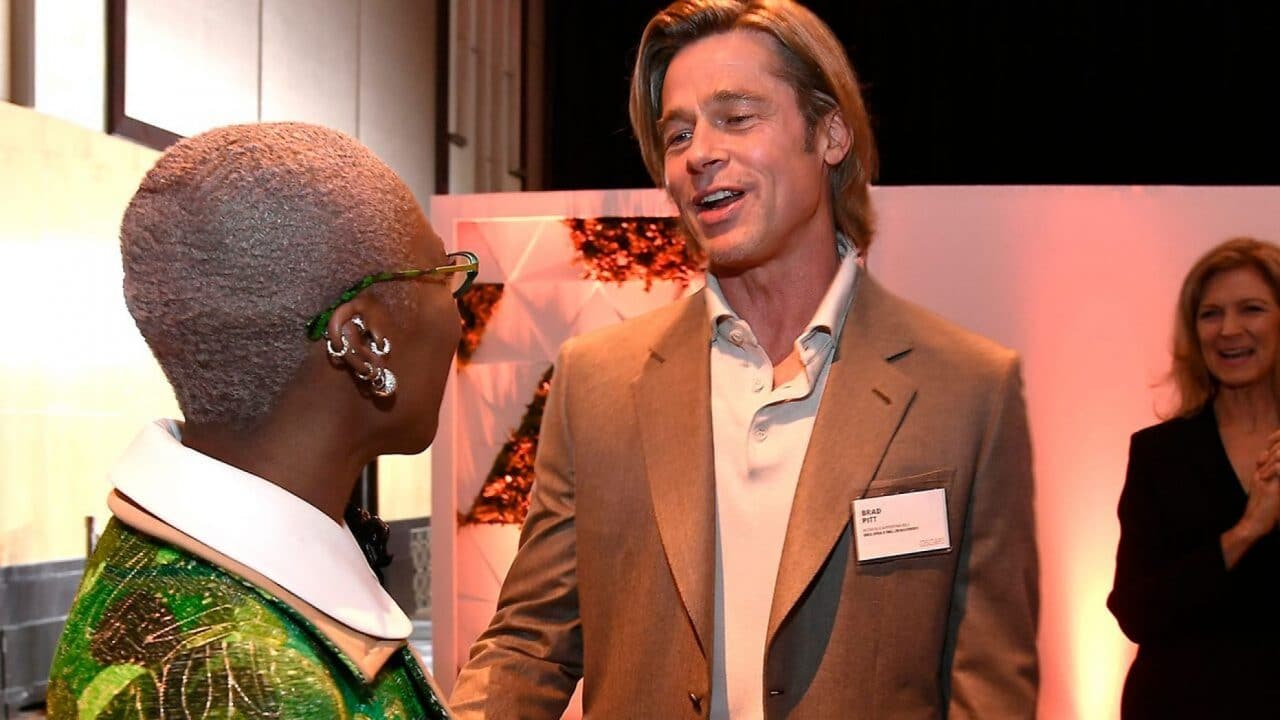 Despite his A-list status in Hollywood, the actor, 56, was photographed on Monday wearing a name tag while attending the annual Oscar Nominees Luncheon at the Beverly Hilton Hotel in Beverly Hills, where this year’s nominees (Pitt included) dined and mingled before posing together for an epic photo.

Attendees are given name tags at the event, but not all opt to wear it. Pitt proudly displayed his as he was seen talking to fellow Oscar nominee Cynthia Erivo. Pitt is nominated for Best Supporting Actor for Once Upon a Time… in Hollywood, while Erivo is up for Best Actress for her work in Harriet.

Pitt is expected to win in his category following victories at the SAG Awards, Golden Globes and Critics’ Choice Awards.

During his most recent acceptance speech at the SAG Awards, the actor made headlines for joking about using the dating app Tinder. He later told Extra that it was just for fun.

“No, I’m not on it,” he clarified at the Santa Barbara International Film Festival, where he was awarded the Maltin Modern Master Award.

“I’m not even sure how it works. I just thought it was funny to say,” Pitt added.

In Once Upon a Time … in Hollywood, Pitt plays Booth, a stunt double for and close friend to Leonardo DiCaprio’s Rick Dalton, a one-time television star working to stay relevant in the business.