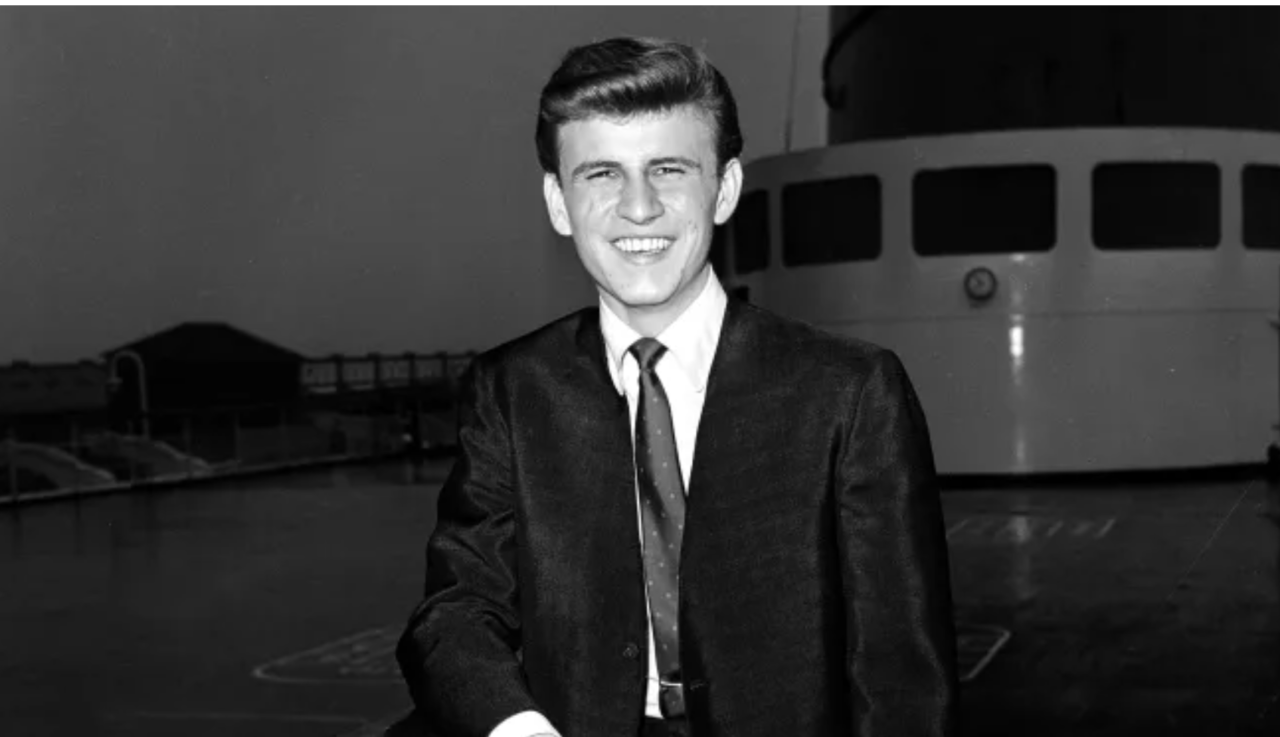 Bobby Rydell, the epitome of the early ’60s “teen idol,” who parlayed that fame into a starring role opposite Ann-Margret in the 1963 film “Bye Bye Birdie,” died today at age 79. The cause of death was pneumonia.

His death just days away from his 80th birthday was confirmed by radio legend Jerry Blavat, Rydell’s longtime friend from the singer’s South Philadelphia stomping grounds. “Out of all the kids” from that era, Blavat said, “he had the best pipes and was the greatest entertainer. He told the best stories. did the best impersonations and was the nicest guy.”

Rydell’s fame as the epitome of an American teen pop star in the days just prior to rock’s British Invasion was such that Rydell High School in the Broadway musical and subsequent film “Grease” was named after him. An actor also portrayed him in a performance scene in the film “Green Book.”

One of his first hits, “Wildwood Days,” only made it to No. 17 in 1963 but continues to be an anthem in the New Jersey area for which it was named. A mural of Rydell adorns the Wildwood, NJ boardwalk.

In a 2020 interview, Rydell recalled how his role in “Bye Bye Birdie” expanded once he was cast. “I go see the play, and I’m looking at Hugo Peabody, and he doesn’t sing, there are no lines, there’s no dancing, he just stood there. But, when I go out to start filming, Mr. (George) Sidney saw some kind of magic between Ann-Margret and myself, and every day that I went back to Columbia Studios, my script got bigger, and bigger, and bigger. More dialogue, more singing, more dancing. And I’m not a movie star by any stretch of the imagination, but if I had to be in one picture, it’s a classic, such as ‘Grease.’ And I’m really happy to be involved with something that was that wonderful.”

Born Robert Louis Ridarelli on April 26, 1942, Rydell started singing and playing drums at age 6, and by 7, began performing professionally in nightclubs in the Philly/South Jersey area at the urging of his father.

In 1950, Rydell won a talent show during the television series “Paul Whiteman’s TV Teen Club” and became a regular on the program. After three years as part of Whiteman’s singing on-air crew, the vocalist/drummer changed his name to “Rydell,” and began playing for local bands such as Rocco and the Saints (an ensemble that also featured another South Philly friend, Frankie Avalon, as its trumpeter).

After having tried his luck with a handful of unsuccessful singles for small, independent labels, Rydell signed with Philadelphia’s Cameo Records (eventually Cameo/Parkway) and hit the charts with “Kissin’ Time” in 1959. With that single, and its follow-ups, “We Got Love” (his first million seller), “Wild One,” “Swingin’, and his take on the classic, “Volare,” Rydell became a bona-fide teen idol.