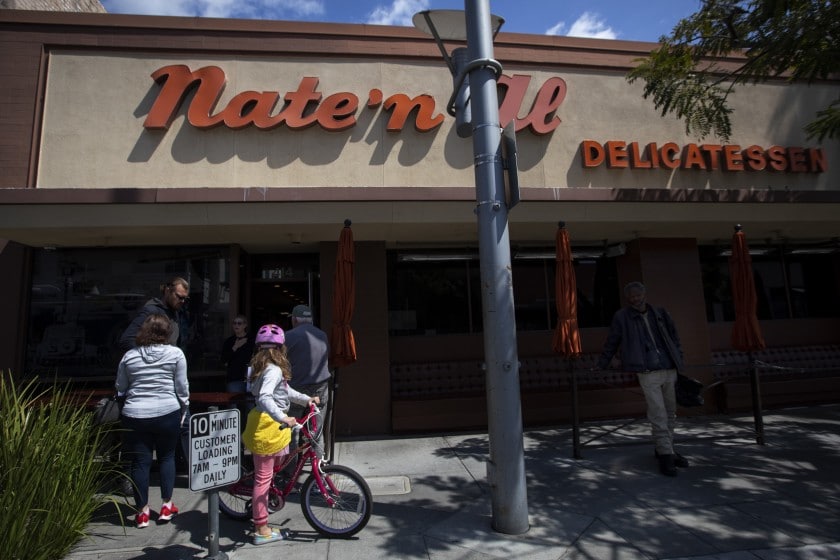 You can’t keep a good Reuben down.

After closing temporarily at the end of March, Beverly Hills delicatessen Nate ’n Al’s will reopen for takeout and delivery this Friday.

Shelli Azoff, who owns Nate ’n Al’s with her husband, entertainment executive Irving Azoff, said that the couple had always wanted to reopen the 75-year-old restaurant, but were determined to do so in a way that was safe for employees and customers.

“We’ve done some things like spread out the staff along the deli counter, move some of the machinery around, to give everyone more space. We didn’t want to open until we had figured that out,” she said.

Though the restaurant has cut its number of workers, Azoff said some are being deployed as in-house delivery drivers. Many of the deli’s longtime servers are also returning to work, including beloved 41-year veteran Gloria Leon.

“Gloria will be here taking orders on the phone,” Azoff said.

Because of limitations with staffing and suppliers, Nate ’n Al’s has reduced its hours slightly — it’ll be open from 11 a.m. to 8 p.m. daily — and the menu has been pared down, though Azoff insists “all the good stuff” is still available: pastrami, bagels and lox, chopped salad, blintzes and matzo brei.

The restaurant has also added family-style dinners for the first time, such as whole brisket, chicken pot pie or turkey meatloaf with vegetables and potatoes.

Azoff said that an agreement had been reached with Stephen Cloobeck, the landlord of the historic location on North Beverly Drive, to extend the restaurant’s lease for the immediate future, though the long-term fate of the original Nate ’n Al’s — and whether the deli will move to a new location on Canon Drive — remains up in the air.

“If we have the opportunity to continue the deli as is, whether in the current location or somewhere else, we will. Nothing is impossible,” she said. “But I don’t think there will be anytime soon when I would feel comfortable opening a sit-down restaurant again.”