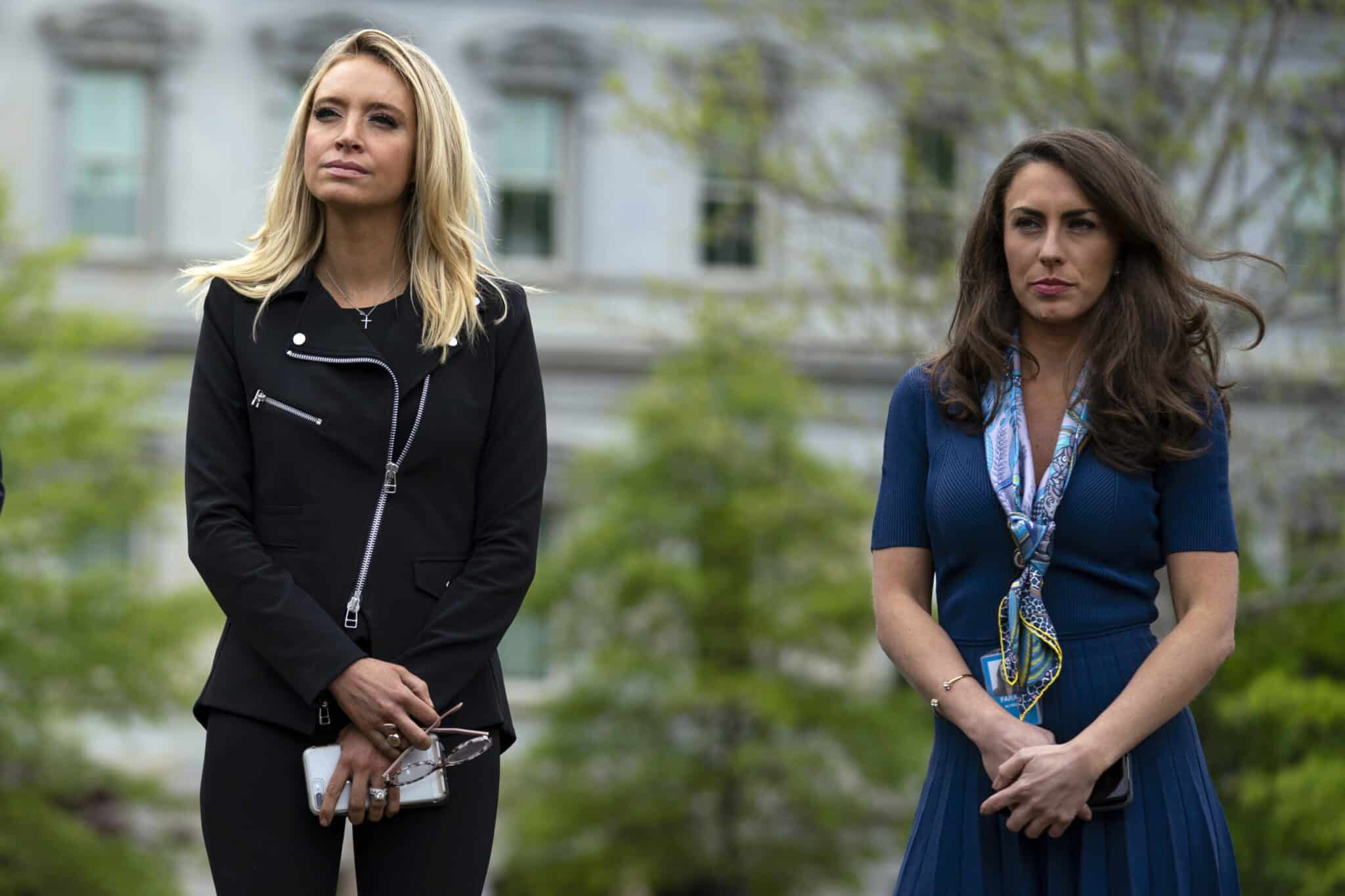 Alyssa Farah Griffin, who served as White House communications director during the chaotic final months of the Donald Trump administration, told members of Congress that former colleague Kayleigh McEnany, who served as press secretary, is a “liar” and an “opportunist” who pretended to believe his false claims about election fraud in order to land a job at Fox News.

“Kayleigh is a liar and an opportunist,” Griffin told the House Select Committee investigating the attack on the U.S. Capitol in an April 15 interview, according to a transcript that the panel released on Thursday.

Griffin made those comments when asked about Trump administration officials backing Trump’s claim the election was stolen from him, which he hinted at throughout the campaign and began pushing on election night.

“They were just straight up lying to the public,” Griffin told the committee.

“She’s a smart woman,” Griffin said of McEnany. “She’s a Harvard law grad. This is not an idiot. She knew we lost the election, but she made a calculation that she wanted to have a certain life post-Trump that required staying in his good graces. And that was more important to her than telling the truth to the American public.”

Griffin added that although McEnany knew Trump’s claims were false, she pushed them anyway in order to ensure the future of her career as a Trump booster.

“I think she saw that as a moment to kind of, like, if I do this one last public-facing stand for Trump, I’m going to be set. This is going to work out for me. And, I mean, it did. She got her Fox News gig. She — it worked out precisely how she’d always planned for it to, but she knew better.”

Griffin resigned several weeks after Trump lost the 2020 election. She later claimed she left the administration because she disagreed with the increasingly absurd claims the election was stolen from Trump.

McEnany, on the other hand, stuck with Trump. She continued serving as his press secretary and dutifully defended his false claims of a stolen election throughout the rest of his term — even after those claims fueled a violent riot in which supporters of Trump ransacked the Capitol, beat police officers and hunted politicians, leading to the deaths of five people and suicide of four police officers.

The attack on the Capitol put a wrench in McEnany’s plans to join Fox News. The network said it was putting negotiations with McEnany on “pause” in the wake of the riot, though she joined as a contributor several weeks later. She now serves as a prominent host on daytime show Outnumbered.

While Farrah’s thoughts on McEnany were made public this week, she has long been accused of rampant dishonesty.

After the 2020 election, CNN anchor Jake Tapper said there was “no point” interviewing McEnany, because she “lies the way that most people breathe.”

Even Fox News anchor Neil Cavuto saw McEnany as a particularly mendacious force in the Trump White House. He once cut off a press conference in which McEnany was spreading false claims about the election being stolen, telling his audience: “I can’t in good countenance continue showing this.”