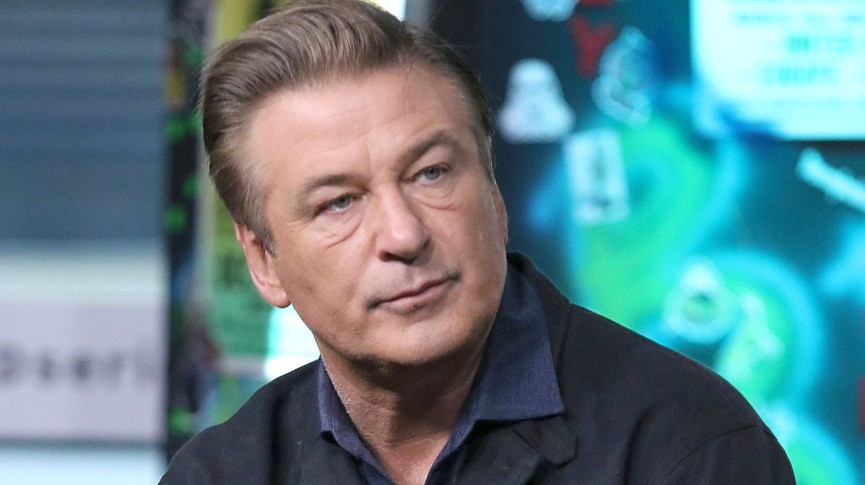 Alec Baldwin on Friday expressed “shock and sadness” over an incident on the set of his film, Rust, where a gun he was handling misfired, killing the cinematographer and injuring the director.

Director of photography Halyna Hutchins, 42, died after being injured Thursday when the prop gun was discharged by Baldwin, the Western’s producer and star. Hutchins had been transported by helicopter to the University of New Mexico Hospital, where she was pronounced dead, according to the Santa Fe County Sheriff’s Department.

“There are no words to convey my shock and sadness regarding the tragic accident that took the life of Halyna Hutchins, a wife, mother and deeply admired colleague of ours. I’m fully cooperating with the police investigation to address how this tragedy occurred,” Baldwin said via Twitter. “I am in touch with her husband, offering my support to him and his family. My heart is broken for her husband, their son, and all who knew and loved Halyna.”

The second victim was the film’s director, Joel Souza, 48, who was taken by ambulance to Christus St. Vincent Regional Medical Center. His condition was not released.

Baldwin was interviewed Thursday by investigators, Juan Ríos, a spokesman for the sheriff’s office, told The Hollywood Reporter. Ríos said Friday that interviews were ongoing and evidence was still being collected. No charges had been filed.

A spokesperson from Rust said in a statement: “The entire cast and crew has been absolutely devastated by today’s tragedy, and we send our deepest condolences to Halyna’s family and loved ones. We have halted production on the film for an undetermined period of time and are fully cooperating with the Santa Fe Police Department’s investigation. We will be providing counseling services to everyone connected to the film as we work to process this awful event.”

Rust actor Frances Fisher wrote in an Instagram tribute to Hutchins on Friday that “I loved watching you work:
Your intense focus and your vibrant command of the room.”  She added, “My prayers are with your family and with all who love and miss you.”

On Friday, IATSE said it “mourned” the death of Hutchins, a Local 600 member, and would be “activating our partnerships across the industry to provide support and resources to our sisters, brothers, and kin.” Liz Schuler, the president of America’s largest labor federation, the AFL-CIO, tweeted that the incident on Rust “was a tragedy and a heartbreaking example of why production companies MUST take the safety & protection of our filmmakers more seriously.”

According to the sheriff’s department, detectives were still investigating how and what type of projectile was discharged. A statement from the Rust production company on Thursday called it an “accident” involving the misfire of a prop gun with blanks.

Firearm accidents on Hollywood sets are extremely rare, but do occur. In 1993, Brandon Lee, the son of famed martial arts star Bruce Lee, was accidentally shot and killed on the set of The Crow by another actor who fired a revolver that had been improperly prepared.

Chris Wallace Calls Psaki ‘One of the Best Press Secretaries Ever,’ Says Peter Doocy Is ‘The Sam Donaldson’ of Biden Admin