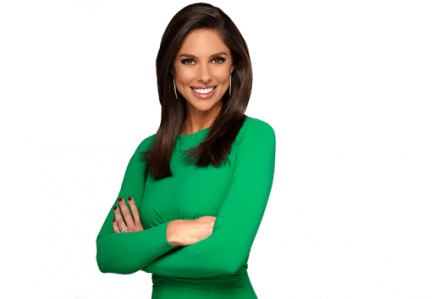 About two weeks after Sara Haines became the latest to pass through The Revolving Door of The View to host the third hour of Good Morning America with Michael Strahan, it appears Abby Huntsman has won the sweepstakes to replace her.

A source familiar with the situation told Deadline that Huntsman is expected to land at The View, though no deal is done. Expect ABC News to
announce shortly before the show’s new season starts, right after Labor Day holiday. The show’s annual eleventh-hour host-changeover
announcement soap opera is among reasons the ABC News daytime talker remains a darling of the media.

The View had two vacant panelist chairs; Haines’ announcement followed by four days the news that three-year co-host Paula Faris is leavingthe show, and her weekend GMA duties, for a new assignment that includes contributing to Good Morning America and a podcast on faith.

ABC declined to make executives available for comment.  Huntsman is expected to work her last stint on “Fox & Friends Weekend” this Saturday and Sunday, Fox News said in a statement.

Huntsman joins “The View” after several news outlets have sought to burnish their Republican credentials with Donald Trump in the White House and Republicans ascendant in both the House of Representatives and the Senate. MSNBC has found success with Nicolle Wallace, a former official in the George W. Bush White House, in the early afternoons. CNN is moving S.E. Cupp, a right-of-center host and anchor, to its Saturday lineup after launching a show with her on CNN.

Huntsman previously worked on MSNBC’s “The Cycle,” which featured hosts including Ari Melber and Krystal Ball who held a range of political opinions. Her father also served as U.S. Ambassador to China under President Obama.