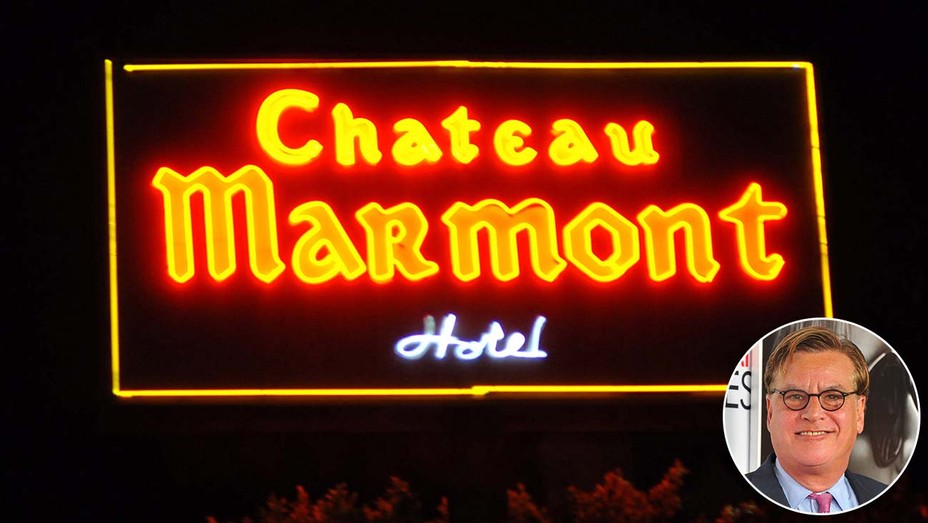 A night shoot at the Chateau Marmont for Aaron Sorkin’s Being the Ricardos was canceled just hours before production was to begin Thursday, April 22, when it ran afoul of a union picket line and a celebrity-fueled boycott movement.

Over the past year, the legendary hotel has faced allegations it unfairly left its workers without affordable health care during the pandemic and permitted a climate of racial discrimination and sexual harassment before COVID-19 hit.

“Writer-director Aaron Sorkin, the cast and crew of Being the Ricardos stand in solidarity with The Chateau Marmont’s workforce,” producer Todd Black said in a statement provided to The Hollywood Reporter on Thursday after the publication contacted participants in the film, including key talent, earlier in the day for comment on the planned shoot.

Black added: “We are committed to supporting and building a safe and equitable environment where everyone has the right to work with dignity and free from fear. We are thankful to the organizers of the hospitality workers’ union of UNITE HERE Local 11 for sharing this information about the mistreatment of the workers. The production took immediate action to shut down the 1-day shoot as soon as this was brought to our attention.”

Left unanswered was how the production had no apparent advance knowledge of the claims against the Chateau, which have been the subject of substantial news coverage over the past year.

“We commend Aaron Sorkin for putting into practice the ideals of free speech and social justice that he depicted so brilliantly in his Oscar-nominated film The Trial of the Chicago 7,” says Unite Here Local 11 co-president Kurt Petersen. “This is the kind of leadership we need in Hollywood, and we urge everyone else in the industry to follow his lead and honor the boycott of the Chateau Marmont. We also thank members of SAG-AFTRA, Teamsters, Directors Guild and IATSE for their solidarity.”

Matthew Del Negro on His Role in “City on a Hill”