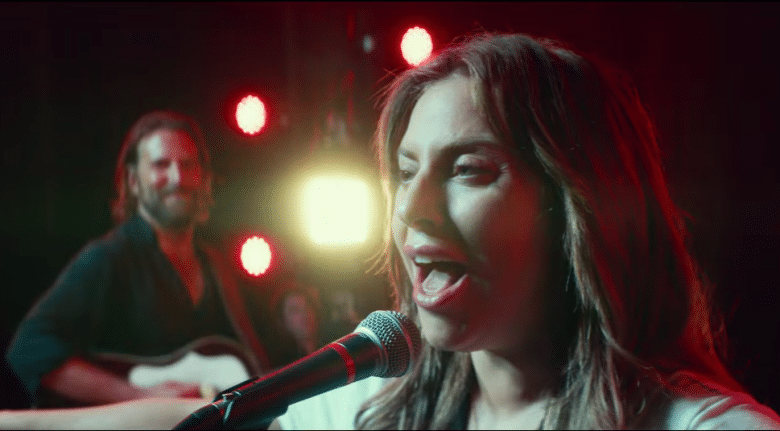 Lady Gaga has already conquered television with her Golden Globe-winning performance for “American Horror Story: Hotel,” and next up for the pop star’s acting career is the chance to become a major movie star. Gaga’s first leading role on the big screen comes courtesy of Bradley Cooper, who is making his directorial debut with “A Star Is Born.”

Cooper plays a famous country music star who takes an up-and-coming female singer under his wing. The two have a romance that complicates the highs and lows of their careers.  The official trailer presents a grounded take on the beloved story, which has come to the big screen three times in the past: 1937(Janet Gaynor and Frederic March), 1954 (Judy Garland and James Mason), and 1976 (Barbra Streisand and Kris Kristofferson).

Gaga was adamant Cooper not rely on prerecorded tracks and instead have all the performers sing live during filming. The two even crashed major music festival like Coachella and Glastonbury to film live on stage in front of thousands of festival-goers.

Stephen Colbert Offers Bill Clinton The Opportunity For A Do-Over