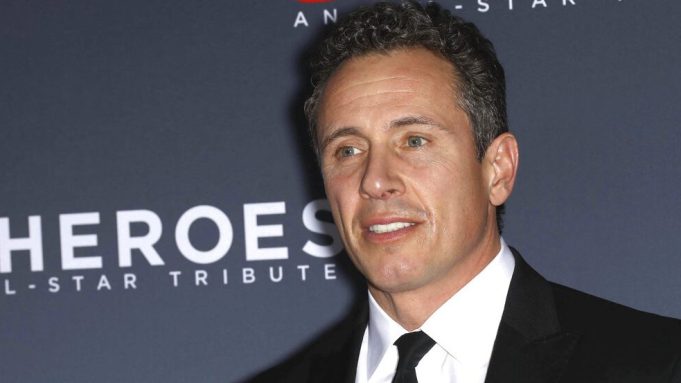 CNN tonight filled the suspended Chris Cuomo’s 9 p.m. ET slot with a second hour of Anderson Cooper 360. That show’s host made the announcement at the end of his 8 p.m. newscast tonight.

“Some news now about this network, and it involves Chris Cuomo, the host of Cuomo Prime Time,”  Anderson Cooper said on-air. “New documents released this week indicate that Chris was more intimately involved than previously known in helping his brother, former New York Gov. Andrew Cuomo, craft a defense amid a flurry of sexual misconduct allegations.”

Cooper then read the statement a CNN spokesperson issued this afternoon on the matter.

“The second hour of 360 is right after this,” Cooper then said before going to the slot’s final commercial. He offered no other details about CNN’s plans for Cuomo’s time slot or when the host might return from his indefinite suspension.

CNN said Tuesday that it has suspended Chris Cuomo indefinitely following the release of new information that shed new light on his involvement in his brother Andrew Cuomo’s response to sexual harassment claims.

CNN said in a statement, “The New York Attorney General’s office released transcripts and exhibits Monday that shed new light on Chris Cuomo’s involvement in his brother’s defense. The documents, which we were not privy to before their public release, raise serious questions. When Chris admitted to us that he had offered advice to his brother’s staff, he broke our rules and we acknowledged that publicly. But we also appreciated the unique position he was in and understood his need to put family first and job second. However, these documents point to a greater level of involvement in his brother’s efforts than we previously knew. As a result, we have suspended Chris indefinitely, pending further evaluation.”

New York Attorney General Letitia James released a new batch of documents Monday related to her investigation of allegations against now former New York Gov. Andrew Cuomo. Cuomo, who resigned in August, has denied the claims. But the documents, which include text messages to and from Chris Cuomo, as well as a transcript of his deposition, showed that he had a more extensive role in advising his brother than had been previously disclosed.

Chris Cuomo has acknowledged that it was a mistake to take part in staff calls to advise his brother as he sought to respond to the cascading series of revelations in March.

Among other things, the documents released by James showed that Chris Cuomo sought out his own media sources to gather information on potential new bombshells, using the information to keep his brother’s team informed on what was about to be published and what was not.

In May, the network said that “it was inappropriate to engage in conversations that included members of the Governor’s staff, which Chris acknowledges. He will not participate in such conversations going forward.” The network said that he “often serves as a sounding board for his brother,” and had said on his show that he would not report on the story because he could not be objective.

In August, Chris Cuomo said on his show that he urged his brother to resign, but “I never attacked nor encouraged anyone to attack any woman who came forward. I never made calls to the press about my brother’s situation and I never influenced or attempted to control CNN’s coverage of my family.”

Cuomo has been CNN’s top-rated primetime show in its 9 PM ET slot. It was officially launched in 2018. Cuomo joined the cable news network in 2013, and started hosting its morning show.

If Cuomo ultimately leaves CNN, it would leave a significant hole in the network’s schedule. MSNBC also is facing potential changes with the
occupant of its 9 PM ET time slot, Rachel Maddow, who reportedly wants to scale back her nightly schedule.
(Excerpt) Read more in: Deadline