Lon Chaney Jr. Is the Perfect Movie Monster for Our Era of Large Adult Sons 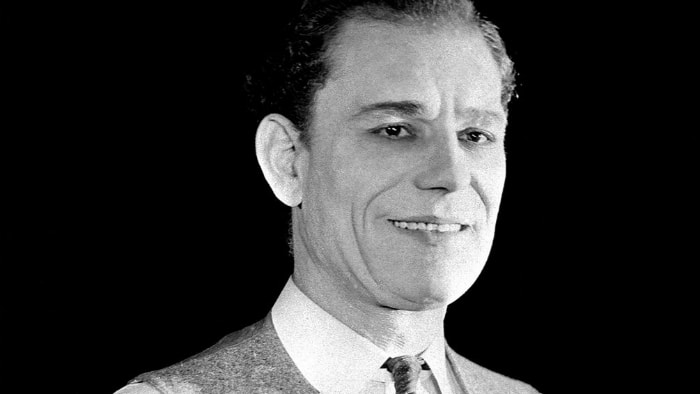 Memes come and go, but the really resonant ones have a way of sticking around, even evolving.

Twitter users keep finding new uses for the deathless “distracted boyfriend” image, for instance, which has become so instantly recognizable it’s taken on a life of its own. Ditto the phrase “large adult son.” Its origins can be traced back to a 2015 tweet describing Mike Huckabee’s children but, as chronicled in a 2017 New Yorker article, it’s proven so evocative of a certain type of ineffectual grown-up-but-not-really man that it’s become a part of the lexicon.

The Trump boys? Large Adult Sons. A shirt-designing heir to the Koch family? Large Adult Son. Large Adult Sons even get their own prestige drama this year with HBO’s Succession, in which three sons and one daughter (who otherwise fits the Large Adult Son model) grapple with who will take over as the heir to a Rupert Murdoch–like tycoon, seemingly not realizing that none of them are not really up to the task. Even if they share their father’s name and grew up steeped in the world he created, they don’t really have what it takes to get the job done.

But there’s drama in watching those fundamentally not up to a task try to perform it anyway, especially when what makes them fall short also makes them sympathetic. The characters on Succession might be innately awful in addition to having confidence that outpaces their abilities, but their failures hurt them just like our failures hurt us. Sometimes it’s easier to root for the losers. And it’s not like Large Adult Sons are unique to the current era: The Golden Age of Horror has one all its own.

Last year, Karina Longworth’s essential Hollywood history podcast You Must Remember This featured a six-part mini-series focusing on two titans of the golden age of horror: Bela Lugosi and Boris Karloff, actors whose work defined a whole era of scary movies. Lugosi starred in Dracula in 1931, bringing to film a role he’d played successfully onstage for years. That same year, Karloff starred in Frankenstein, a success he followed just a year later with The Mummy. Lugosi brought a singular, enchanting creepiness. As at ease playing childlike monsters as lovestruck immortals, Karloff brought remarkable versatility. Longworth’s series doesn’t ignore Lon Chaney Jr., Universal horror’s third-most-famous star, the last to emerge as part of a second wave of interest in the studio’s monster movies a decade after Karloff and Lugosi got things started. But Longworth doesn’t mince any words in summing up his talents. In fact, she uses just one word to sum him: “sucks.”

Longworth’s disdain for Chaney becomes something of a running gag throughout the episodes, and a funny one, too, even if after a while it becomes hard not to feel bad for the poor, long-dead star. Because she’s not entirely wrong. To watch Chaney appear opposite actors like Claude Rains, Ralph Bellamy, and Lugosi himself in 1941’s The Wolf Man, the film that cemented his status as a horror icon, is to see someone outclassed by everyone around him.

But Longworth’s not entirely right, either. Chaney was a big, lumbering guy who seldom looks at ease onscreen. He’s prone to sound panicky whether or not a scene called for that emotion. He seems sweaty, even when he wasn’t literally sweating. He looks, at all times, like a man who knows he’s in over his head. Yet it’s these same qualities that can make him a memorable, pitiable screen presence. Karloff could make monsters empathetic, romantic, or unnervingly cosmopolitan. The Hungarian-born Lugosi used his accent and theatrical flair to unnerving effect, making any scene spookier just by virtue of being there. Even under mounds of makeup Chaney usually just seems like he’s been dropped into the movie by accident.

And, in some respects, that is what happened to Chaney, who became a movie star less by design than inevitability. Born Creighton Chaney in 1906, Chaney spent his early years doing vaudeville with his parents, the singer Cleva Creighton and the actor Lon Chaney, a versatile performer whose command of pantomime had its roots in his upbringing as the child of deaf parents. Two things happened to Creighton Chaney early in his life that would determine the direction of his future: his mother attempted suicide, leading to a divorce from Chaney and a few years in which Creighton got passed around among various caregivers until his father found steady work and remarried.

Then his father became famous. Extremely famous. Chaney Sr. became one of the biggest stars of the silent era thanks to an ability to transform himself for each new part via a combination of committed performances and a skill creating his own makeup. His turns as Quasimodo, the Phantom of the Opera, and other characters earned him the nickname that would double as the title of a 1957 biopic starring James Cagney: “Man of a Thousand Faces.” Then he died, less than a year after being diagnosed with lung cancer, at the age of 47 in 1930, shortly after making his only talkie. And, once again everything changed for his son, then 24.

In truth, Lon Chaney Jr. never wanted to be Lon Chaney Jr. He didn’t even want to act, instead attending business college and working in the appliance industry. But with his father’s passing, the offers started piling up and became hard to resist, particular in the midst of the Depression. So he took them, appearing first as Creighton Chaney then as Lon Chaney Jr. And he worked all the time — seven films in 1936, 15 in 1937, 12 in 1938 — though seldom in particularly glamorous parts or in exceptional movies, and sometimes without credit.

Chaney made his final big-screen appearance in the low-budget 1971 film Dracula vs. Frankenstein. (He played neither.) When he died at the age of 67 two years later, Roger Mudd delivered a short obituary toward the end of CBS’ nightly news program, summing up Chaney’s life with some factual errors: “Following in the footsteps of his father he played monster roles in such films as Count Dracula, The Mummy, and The Wolf Man.” At least he got one title right. The New York Times obit noted that “his home for many years was in the San Fernando Valley.” It fails to specify that home’s location near Universal City. Recalling visiting Chaney for the interview, Miller noted a detail about his home: “From his yard, you could see the famous Phantom stage where his father had reigned in 1925.”

Lon Chaney Jr. Is the Perfect Movie Monster for Our Era of Large Adult Sons

Naomi Watts To Star In ‘Game Of Thrones’ Prequel For HBO